According to a report in Sun, Burnley’s veteran goalkeeper Tom Heaton has rocked the club by rejecting the offer of a contract extension.

The 33-year-old has a contract at Turf Moor until next summer, thus, if the Clarets are to get some money for his departure, they need to sell him in the coming days. 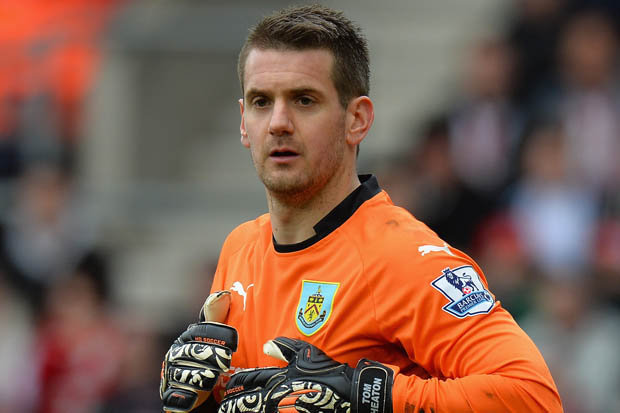 While this news has come as a negative surprise for the Burnley faithful, it is good for the likes of Bournemouth and Aston Villa, who have been tracking the stopper for a possible move during this window. (h/t Sun)

Dean Smith’s men, having made the journey back in the Premier League, would be aiming to improve their squad ahead of next season. However, the question is – should they sign Tom Heaton in the coming few days or go ahead with the options they have? Here’s the answer:

Heaton can provide experience but do Villa need that?

Firstly, let’s talk about Tom Heaton, who has been a magnificent servant for Burnley so far and is one of the under-rated goalkeepers in the Premier League.

The 33-year-old’s goal-saving attributes in terms of making saves by covering all possible angles are right up there with the best. Furthermore, his experience and know-how of the game is immense, which would help any team, let alone a team who got promoted this summer.

So, looking at the situation from this perspective, Aston Villa should press on the possibility of signing the England international and hand him the number one role.

However, if we take a look at the Villa squad, they have Jed Steer, who kept the gloves for the latter half of last season and did well. Apart from that, they have Lovre Kalinic and Orjan Nyland as possible backup options.

Now, it is totally up to Dean Smith and whether he is still looking to add experience to his goalkeeping department or is he happy with the current options.

If we take the overall viewpoint, it would be good for Villa, the options they have aren’t as good as Tom Heaton.