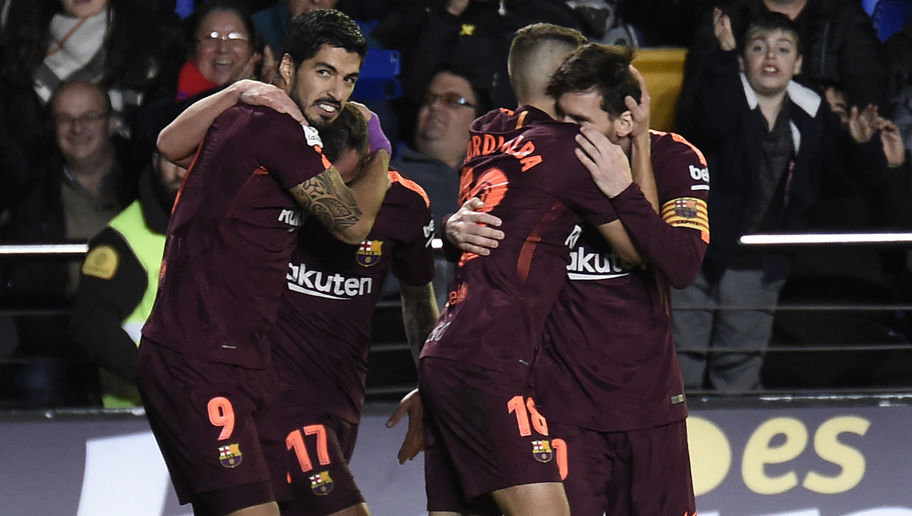 Barcelona will look to pull further away from closest rivals Atletico Madrid in the race for the La Liga, when the two sides clash at the Camp Nou on Sunday.

The Catalans have a five-point lead over Los Rojiblancos in the league standings following their 1-1 draw against Las Palmas during the midweek. Manager Ernesto Valverde will be hoping that his team bounces back from that result to get all three points against Diego Simeone’s side.

Right-back Nelson Semedo is likely to be out for five weeks after injuring his hamstring last weekend while midfielder Sergi Samper is also ruled out with damaged ankle ligaments. Jordi Alba, who was suspended for the midweek clash, will be available for selection again.

The German international has enjoyed a fine season so far with the Catalans and will be hoping to step up against Atletico on Sunday to keep a clean sheet.

The academy graduate has made the right-back spot his own and should once again feature from the get-go on Sunday.

Having been benched for the midweek clash against Las Palmas, the experienced campaigner will return to the starting XI against Atletico.

The Frenchman has grown into a vital cog in the scheme of things for Barcelona and will partner Pique at the back in all likelihood.

The Spanish full-back was suspended for the midweek draw. Available for selection now, he will come back into the playing XI, replacing Lucas Digne.

The French wideman was called on from the bench on Thursday night but should be in for a starting berth against Atletico on the right-wing.

The Spanish international is one of the best in his position and is key to the way this Barcelona side operates. A definite starter in the middle.

The Croatian star was left out of the playing XI for the game against Las Palmas but could be set for a return in the place of Paulinho.

The club-record signing was another who was benched for the midweek game. Could be handed a start against Atletico on the left-hand side of the midfield.

The magician from Argentina continues to be the difference maker for Barcelona, having scored the only goal for his side against Las Palmas. Will be hoping to steal all three points against Atletico this weekend.

The Uruguayan striker could not help Barcelona cross the finish line in the midweek tie. Will be intent on altering that against the Rojiblancos.