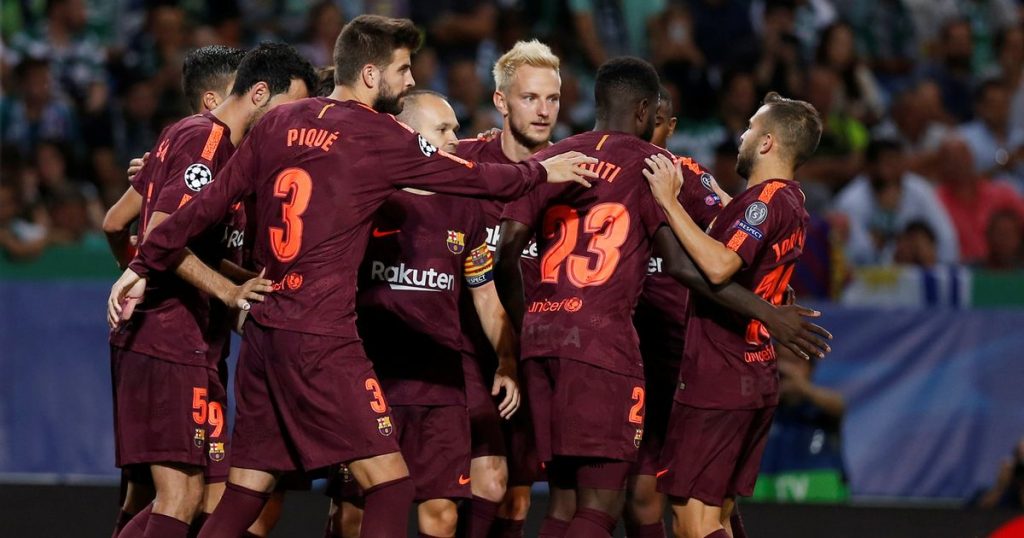 Barcelona will look to extend their lead at the top of the La Liga table, when they take on Real Sociedad at the Anoeta on Sunday night.

The Catalans enjoy a healthy lead at the top, with closest challengers Atletico Madrid being 9 points behind them. Manager Ernesto Valverde will be hoping that his side continues its winning ways and pull further away from the chasing pack. Coming into the game on the back of a 5-0 mauling of Celta Vigo in the Copa Del Rey, the confidence within the team will be sky high and they will look to carry the momentum against La Real.

Club record signing Philippe Coutinho, who joined Barca from Liverpool earlier this month, is sidelined for 2-3 weeks. Defender Samuel Umtiti also remains unavailable for the Catalans, while Paco Alcacer is also a doubt.

Here’s how Valverde might set his team up at the Anoeta on Sunday:

Having been rested for the cup game during the week, the German international will make his way back into the starting XI against Sociedad.

Another player who was not involved in the cup tie, Sergi Roberto should return to the playing XI, at the expense of Nelson Semedo.

In the heart of the defence, Barcelona’s most reliable centre-back, Gerard Pique should lead the way at the Anoeta.

The former Arsenal captain has been on an impressive run of form in recent weeks. Having sat on the bench for the cup game, he should replace Javier Mascherano in the line-up.

Produced another fine display against Celta Vigo, grabbing a goal and an assist. A definite starter on the left-side of the defence.

The summer signing has been a revelation since his move from China. Should come into the starting XI on Sunday, in place of Ivan Rakitic.

The midfield anchorman for Barcelona is irreplaceable in the starting XI. Will have an important role to play, for the Blaugrana to come away with all the points.

The club captain, Andres Iniesta is likely to start his third game within a space of a week against Sociedad on Sunday.

Scored twice in the 5-0 rout of Celta and was withdrawn early. A definite starter for the Catalan outfit and could once again be the difference maker.

The Uruguayan also was among the goal-scorers in the midweek fixture and will be hoping to get another goal or two on Sunday.

The Frenchman put on a fine cameo display against Celta on Thursday night, showing glimpses of magic. Deserves to start the weekend encounter.