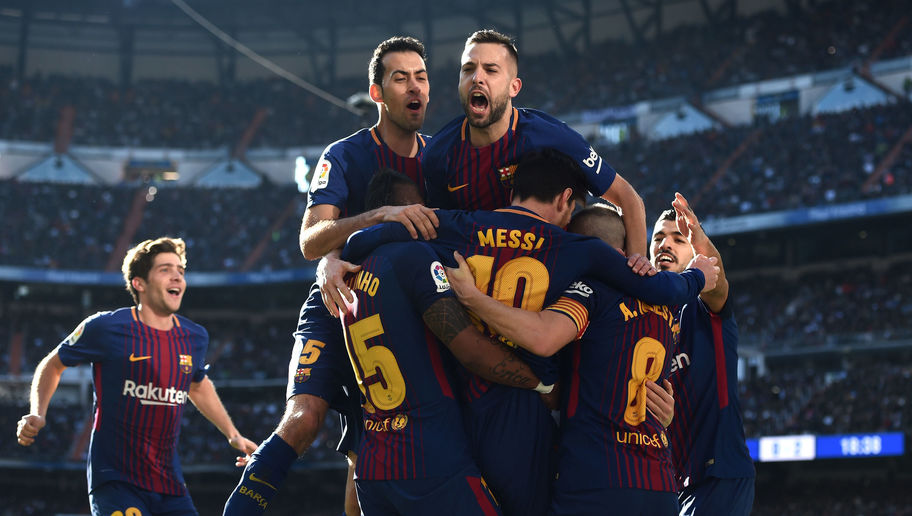 Barcelona will look to confirm their progression to the last four of the UEFA Champions League when they face AS Roma in the second leg of their quarterfinal tie at the Stadio Olimpico on Tuesday night.

Ernesto Valverde’s men come into the game with a healthy advantage from the first leg, having beaten the Giallorossi 4-1 at home, courtesy of Daniele De Rossi and Kostas Manolas’ own goals along with strikes from Gerard Pique and Luis Suarez. The Catalans will be hoping to finish the job with a professional display in Italy.

Barcelona’s first-choice between the sticks, the German international has made 41 appearances in all competitions this season.

The versatile Spaniard started the first leg against Roma in an advanced role on the right flank but could go back to the right-back slot on Tuesday.

Having scored a goal in the first-leg, Barcelona’s senior defender will be hoping to lead the team through to the semi-finals.

The Frenchman has established himself as a pillar at the back in this Barcelona side and is an indispensable member of the squad.

The former Valencia man did not start in the weekend win over Leganes but is guaranteed to return to the fold on Tuesday.

The speedy winger is slowly starting to make his name at the Catalan club and will be hoping to prove himself with a strong performance.

Another player who was not a part of the 3-1 triumph over Leganes at the weekend, Paulinho’s season has tailed off after a blazing start. He will be hoping to find his form again, towards the business end of the season.

Rakitic should start alongside Paulinho in central midfield.

The legendary Spaniard continues to be an integral part of this Barcelona side. His experience and know-how of the game will come in very handy in a crunch tie.

Coming on the back of a hat-trick in the weekend fixture, the little magician from Argentina will be hoping to cast his spell against Roma and boost his goal tally of 39 for the season.

The Uruguayan got his first goal of this season’s Champions League competition in the first leg against Roma and will be hoping to build on that with another strong display.