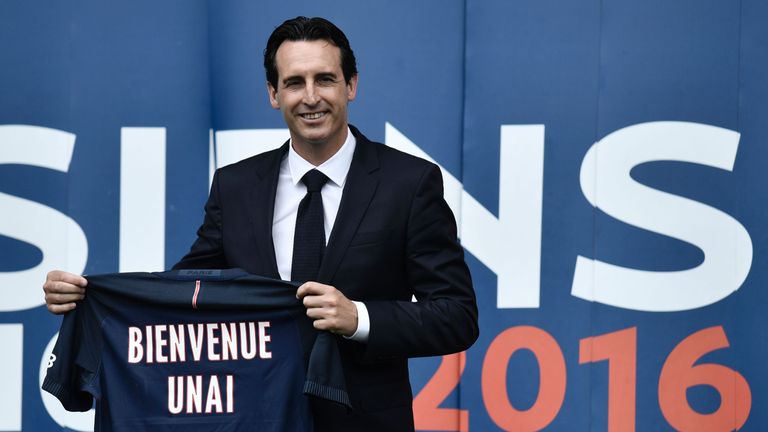 On the back of three consecutive quarter-final exits in the Champions League, Laurent Blanc, who had won 11 trophies in a mere 3-year stint, was relieved of his duties as PSG coach. His success domestically was unarguable, but it was on the European stage that the hierarchy wanted the team to shine. Thus, Unai Emery, who had led Sevilla to three successive Europa league triumphs, was drafted in. No doubt, the intention of the higher powers within the club was to see a similar result to when Roberto Mancini was sacked by Inter Milan in 2008, despite winning 3 Serie A titles and progressing to 4 straight Coppa Italia finals. They would go on to win the treble, including that elusive Champions League, two years later under Mourinho. In the long-run, Emery’s impact is expected to be similar. Though there have been some positives to the change of guard, the season has been far from plain-sailing.

The old cliché is that the league is the ‘bread and butter’ of any team’s season. Under Laurent Blanc, PSG won three titles to add to the one orchestrated by Carlo Ancelotti. Laurent Blanc shepherded in a possession-based brand of football; it could be extremely entertaining at times but lethargic at others. But it was brutally efficient; the first two seasons under Blanc did see quite exciting title races, as PSG tangled with the likes of Monaco, Lyon and Marseille whilst juggling European commitments. The final standings were a little flattering but the title was contested. His final season was astoundingly dominant, PSG winning in the end by a ridiculous margin of 31 points. They attained top spot after the second game of the season and never relinquished their grip.

This season has been much tighter, and to be honest, much more entertaining. But it brings into question the appointment of Unai Emery, when this was almost second nature to Laurent Blanc’s team. Emery has had to deal with the departure of talismanic striker Zlatan Ibrahimović, but the drop in form is concerning. More so is the style; the team is less efficient and altogether seem a step below last year’s team. In one sense, this might be a good thing; previous teams seemed quite aloof and found it difficult to step up their level for key matches, such as against Manchester City in the Champions League. But it has also resulted in more league losses already this season than in any of the three previous campaigns. Consequently, PSG sat third going into the Christmas break, with Nice perched atop the table, five points ahead of PSG.

Emery has helped PSG keep up appearances in the two domestic cups, with the club still in both competitions, including the semi-final of the Coupe de la Ligue. The Champions League has been less fruitful, with PSG drawing Barcelona in the last 16 after finishing runners-up to Arsenal. This was despite going undefeated and having the better head-to-head record against Arsenal. A poor performance against Ludogorets at home cost the team top spot in the final round of games. But the performances were far from convincing. In fact, the most promising games were against Arsenal, with Basel and Ludogorets probably considering themselves unlucky not to get more against PSG. And now, the team faces a very tough task against Barcelona. The other worry for the club is the success or lack thereof of the summer signings. Generally speaking, they have been unable to fill the void left by Ibrahimović and the demands of the squad.  Hatem Ben Arfa, who had a fantastic season last year at Nice, and a Parisian local, was touted as a fantastic free transfer, but he is yet to live up to his billing. He has struggled to replicate his form from last season and there was a period near the start of the season when Emery called his fitness into question and dropped him from the squad completely because of it. Though there have been one or two signs he might be settling, demonstrated by a nice assist in a recent thrashing of Bastia in the Coupe de France.

Perhaps the greater disappointments have been Grzegorz Krychowiak and Jesé, both bought for more than €25 million and on five-year contracts. Both have struggled to settle, and Jesé especially, has failed to please, with rumours now circulating of a loan move to Las Palmas for the player formerly compared to Ronaldo whilst at Madrid.

Jesé has been unable to provide sufficient attacking potency to compete with Cavani. Krychowiak has been unable to break into the first team and early on, senior players within the team went and spoke to Emery about his tactics, unhappy with the way they were playing. It resulted in the team reverting to the 4-3-3 formation favoured during Laurent Blanc’s reign, with the midfield still being populated by Matuidi, Verratti and one of Rabiot or Motta. At this point in time, considering his utilisation, Krychowiak seems surplus to requirements.

The failure of these signings also puts the sporting director, Patrick Kluivert, who was appointed last summer, under scrutiny. The signings have been unable to bring an attacking prowess to lighten the goal scoring burden on Cavani and thus Kluivert hasn’t found a replacement for Ibrahimović, which may prove vital for the rest of the season unless somehow corrected in January. 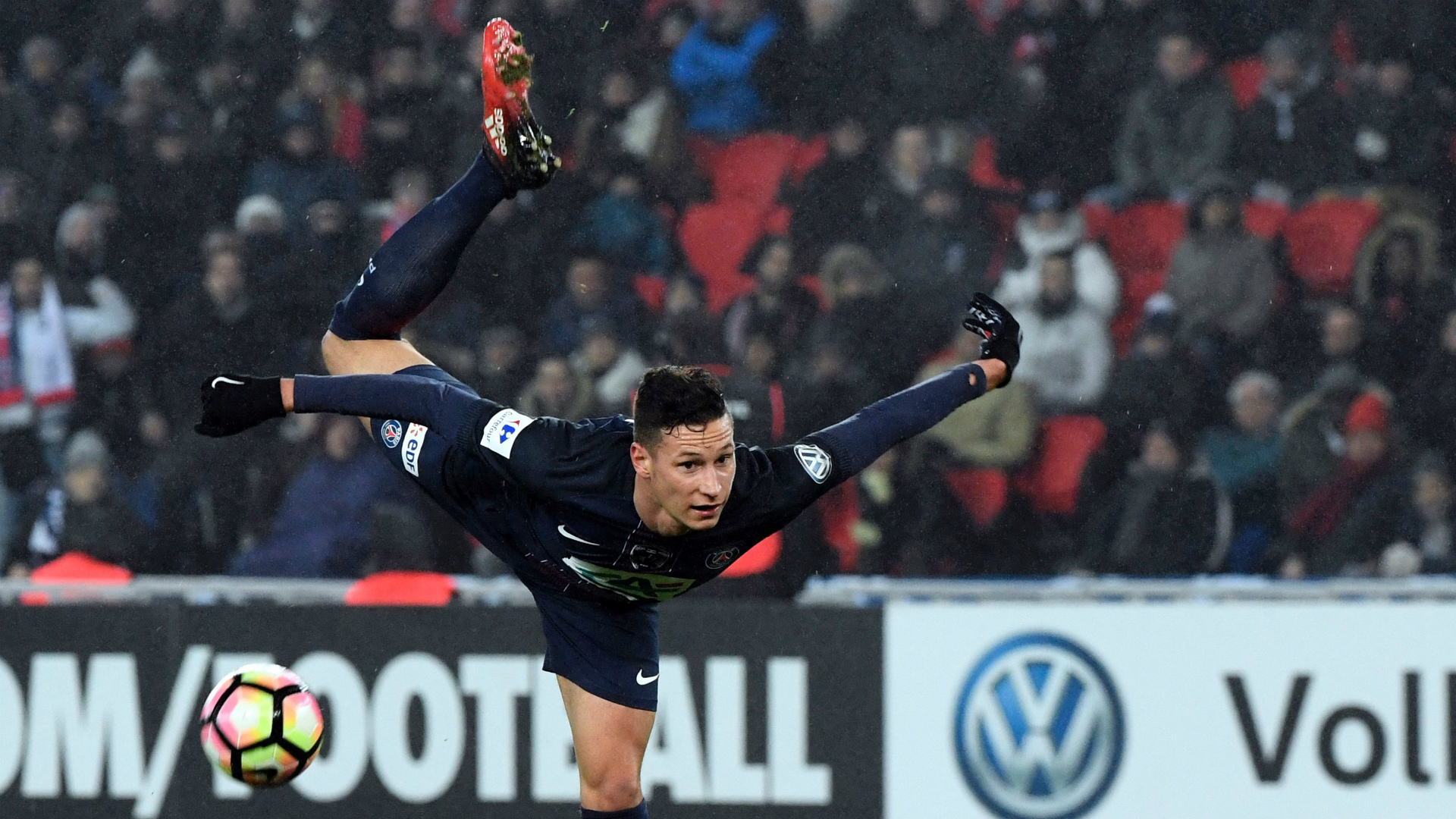 But the tentative league position and looming Champions league tie coupled with some poor signings don’t overshadow the entire season. The silver lining in terms of signings is that the least glamorous, Thomas Meunier, has been a fantastic signing, scoring a couple of wonderful goals and solidifying the strength of the right back position, competing for a starting berth with Serge Aurier. Julian Draxler, who was brought in for quite a sum at the beginning of the January transfer window has already shown a clinical touch, scoring twice and linking up well with the rest of the attacking players.

The most pleasing sight is the chance given to younger players by Unai Emery to prove themselves. Rabiot has become a vital facet of the midfield alongside Verratti and Matuidi (when they are all fit) whilst Kurzawa has now established himself as the first choice left-back, having played fantastically throughout. The departure of David Luiz has dictated the use of Marquinhos alongside Thiago Silva, and it has given youngster Presnel Kimpembe plenty of game time as well, leading to a national team call-up.

Alphonse Areola has been given a lot of responsibility on goal, though he hasn’t hit the heights of his loan last year at Villarreal yet. The likes of Jonathan Ikoné and Jean-Kévin Augustin have also seen a fair few minutes, whilst Christopher Nkunku has been a revelation in the last few weeks, showing great promise as an attacking midfielder and grabbing his first goal for the senior team just a week ago. On the back of this, the PSG ultras are slowly being allowed to return to the stadium, upping the atmosphere within the Parc des Princes and so perhaps the first half of Unai Emery’s inaugural year at the club is difficult to draw conclusions from, but it promises a busy and hopefully entertaining second half of the season.