Old foes renew rivalry in the Champions League on Tuesday night when Barcelona visit Parc des Princes to do battle with Paris Saint-Germain in the first leg of the round of 16 knockout stages.

Both sides last met in the competition 2 seasons ago in the quarterfinals, and the Spanish giants won both legs convincingly as they put their supremacy over the Ligue 1 outfit to the fore.

Barcelona remain favourites on paper this term once again but would have to put in an inch perfect performance against a PSG side that is equally capable of putting out a surprising home-advantaged inspired outing.

For all its worth, the clash should live up to the expectations as these 2 giants clash, and it’s expected that Luis Enrique fields a starting lineup similar to this.

Has faced PSG on 4 occasions and was able to keep a clean sheet once.

With Cavani firing on all cylinders right now, and a certain Draxler finding his rhythm, the German would have to be on top of his game to leave France without conceding a goal.

Has recovered fully well to find his form and he did get some match fitness against Alaves at the weekend. 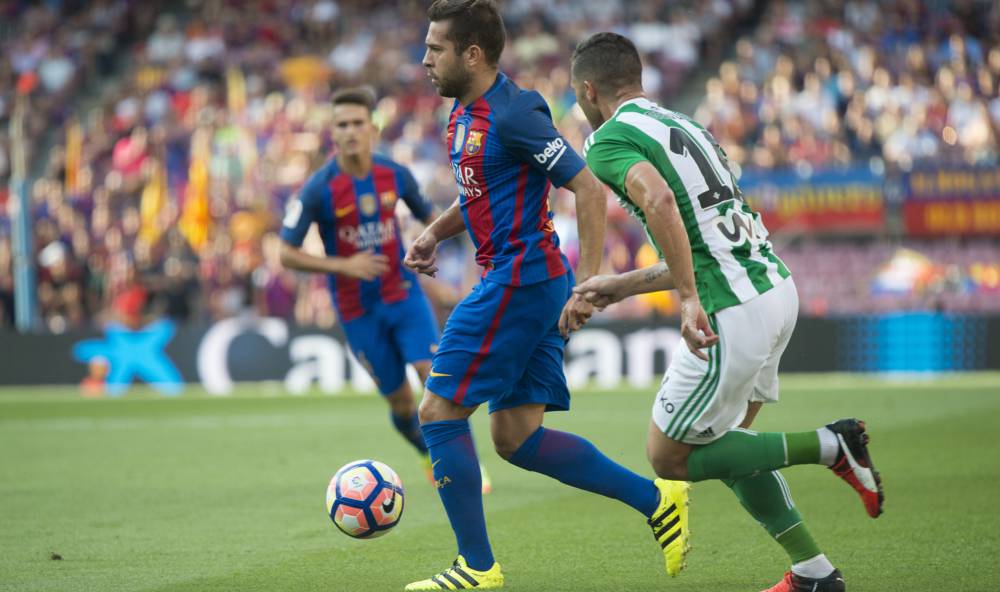 He has got a lot of work to do against Lucas Moura, though.

Mascherano’s injury layoff presents the France international an opportunity to stake a permanent claim on a starting berth at the heart of Barcelona’s defence, and a great performance on Tuesday night might just help him do that.

Already knows all about Cavani and is definitely relishing another opportunity to keep the Uruguayan in check again.

Vidal won’t be returning to action until next season following a gruesome ankle twist at the weekend, and it means the Spaniard has the starting berth to himself on Tuesday and the remainder of the campaign.

A sure start for the important clash after he was given some rest in the past games, and if he is able to perform up to his standards, a sure victory awaits Barcelona.

A battle between him and the club target Veratti would be on display as the 2 prospective teammates will be keen to show which one of them is the better defensive midfielder. The Croatian could be chosen ahead of Gomes for the encounter, but even the recent forms of the 2 midfielders should give Enrique himself a selection headache.

Has the highest assists (7) in the competition thus far and he would be hoping to either add to his goal tally of 2 or at least continue with his creation of goals.

Despite being a well-known threat to the PSG defence, if they would be able to stop him on Tuesday night remains a wide guess.

He remains a threat anyday in front of goal and would be hoping to outdo his compatriot at the other end of the pitch.

Barcelona’s chances hang upon their most prized treasure, and after grabbing 10 goals in the group stage, the PSG defence will have to be on their toes to stop him from scoring.