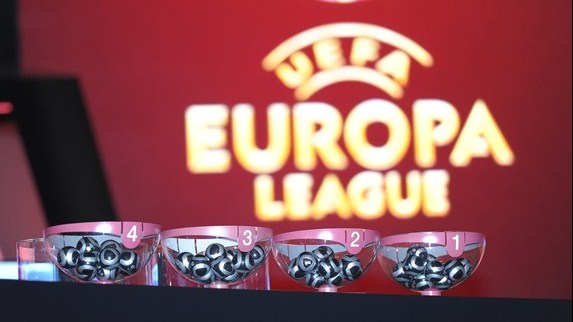 The UEFA Europa League round of 32 draw took place in December last year and we witnessed some exciting ties to be played in the midst of February.

While football betting odds suggest Arsenal and Atletico Madrid have a good chance to meet in the final, let us closely look at some of the mouthwatering clashes in the Europa League round of 32.

Osterund, who have an English manager and a strong English crux in the team, host Premier League heavyweights Arsenal for the first leg.

The Swedish side have so far enjoyed their maiden European adventure and qualified to the next round as the runners-up of Group J behind Athletic Club.

Arsenal, on the other hand, clinched top spot in Group H with utmost ease.

Englishman Graham Potter, who has steered Ostersund from the Swedish fourth tier to the UEFA Europa League knockout phase, would be eyeing an upset.

Arsene Wenger is expected to follow his old nemesis Jose Mourinho’s footsteps in winning the Europa League in order to enter next season’s Champions League.

Celtic failed to win any of their three home games in the UEFA Champions League group stage and as a result, dropped down to the Europa League and face a daunting task against Russian giants Zenit St.Petersburg.

This will be the first time both teams will lock horns against each other. Expect a mouthwatering clash!

Milan, who are making their debut in the UEFA Europa League, topped Group D, while Ludogorets performed decently to finish behind Braga in Group C.

The teams have never met in UEFA competitions. Considering that, it is a tricky tie for Gennaro Gattuso’s Milan!

Atalanta secured an impressive 4th-placed finish with 72 points last season that earned them a place in the Europa League.

Borussia Dortmund, on the other hand, crashed out of the Champions League group-stages that included the likes of Tottenham and Real Madrid.

Gian Piero Gasperini has done a remarkable job since taking the managerial post at Atlanta. The Italian did start on a shaky note but once he got the right balance in the team, results started coming out in his favour and he is certain to a mount a stiff challenge to Dortmund.

Peter Stoger has relatively stabilised Dortmund, but bigger challenges lie ahead as we enter the business end of the season. If Pierre Emerick Aubameyang stays with the club, chances of the German club beating Atlanta simply would rise.

Lyon have a herculean task in hand as they drawn Spanish club Villarreal, who have won the most games and scored the most number of goals in the history of the competition.

The French side host the Europa League finale in May 16 and their home support is certain to count against the yellow submarines.

Another exciting clash in the round of 32!