According to a report in Mirror, Premier League side Burnley will listen to offers for their centre-back Ben Gibson during this transfer window, as they aim to offload him 12 months after signing him from Middlesbrough.

The 26-year-old arrived at Turf Moor last summer window for a fee around £15m (h/t Telegraph) but managed to play only one league game in an injury-plagued season in the Premier League. 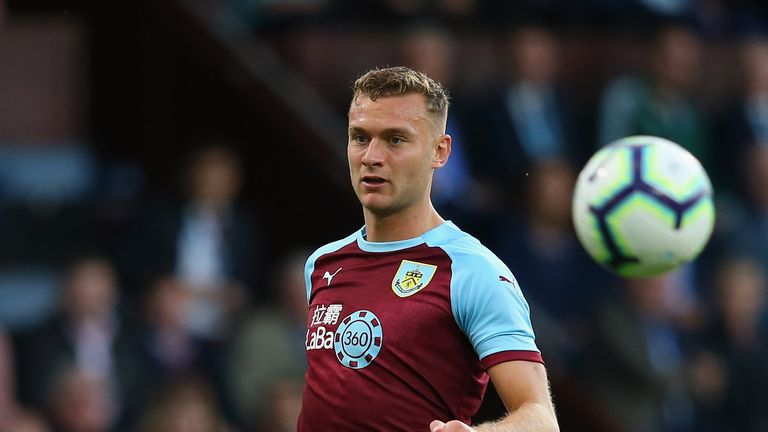 He was linked with Besiktas, however, the Turkish club played that down. The Championship duo of Middlesbrough and Sheffield Wednesday would want to take him back but the player doesn’t want to drop down to the Championship. (h/t Mirror)

Burnley could also offload him on a loan deal (h/t Mirror), so clubs with a slightly lower transfer budget can sign him on a temporary basis. Here are the two Premier League sides who should consider signing him:

With Axel Tuanzebe back to his parent club Manchester United and Bournemouth adamant about the fee of Tyrone Mings, Aston Villa are currently in a situation where they need to make an addition in central defence.

So, even if they manage to get the latter over the line at Villa Park, it won’t be a bad idea to pursue a deal regarding the signature of Ben Gibson.

The former Middlesbrough man is a quality player who was unlucky once he arrived at Burnley. He would add much-needed solidity, experience and leadership at the back to this Villa team.

12 months back, Everton were in the race to sign Ben Gibson from Middlesbrough (h/t Northern Echo). But the centre-back eventually went to Burnley, where he couldn’t play enough games to stamp his authority on the Premier League.

Now, with Phil Jagielka departing Goodison Park and Kurt Zouma returning to his parent club, it would be the right time for the Toffees to revisit their interest in signing Gibson.

Along with Yerry Mina and Michael Keane, the 26-year-old could gel well in the squad and be a solid addition.