This Confederations Cup will prove to be a vital platform for managers to look at some of their preferred transfer targets more closely and acts in the other way round also as the players try as much as possible to attract potential employers. Therefore this year’s Confederations Cup will prove to be special to certain players who are on the radar of many clubs and players whose future may take a drastic turn at the end of the tournament. We look at three such players who may garner the attention of the managers now and this tournament may prove to a career changing one.

Julio Cesar – The QPR goalkeeper has expressed his desire to leave the club and manager Redknapp has reportedly nodded to his wish, mainly because Cesar feels that he needs to continue playing top flight football in-order find himself in the Brazilian team during the 2014 World cup. The Brazilian is the number one choice for his country and if he may perform well now for his nation, then offers which are already on his table may take another step. QPR’s London neighbours Arsenal have been named as a potential buyer and offers from other leagues including Serie A outfit AC Milan have already arrived.

“After I ended my experience with Inter, many things have changed for me. But now, it is still important that I keep playing at the top level because I have dream of playing in the World Cup”, Cesar told Sky Italia.

Cesc Fabregas- The Spanish star has not had the best of times playing for Barcelona and to say that his talent has been unexploited is not going overboard. At the Catalan club he plays as a second fiddle to Messi and with the introduction of Neymar next season, one cannot hope that Fabregas will be provided with a more prominent role. This lack of opportunity has created a few doubters, who feel that Fabregas is not what he used to be during his Arsenal times and therefore the player needs one big stage to prove his worth once more. The Confederations Cup may just provide him with that window and if his performance speaks for itself then the reported offers from Arsenal, Manchester United and other giants would take a formal shape. Its not that he has lost his touch, but with Xavi still pulling the strings from midfield, the class that Fabregas once had may just fade away and even if Barca are not willing to sell the player, it is high time that the Spaniard thinks about his future. 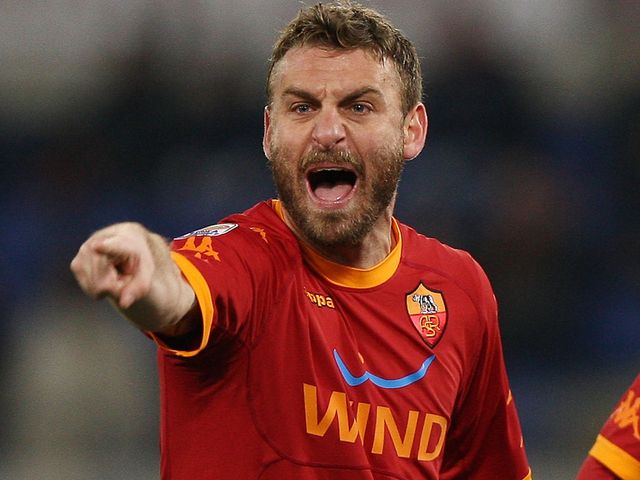 Daniele De Rossi- He is the vice captain of the Italian team and a speculated target for both the Manchester clubs and Chelsea. He has had a controversy surrounding him after his split with previous Roma manager Zeman as he was denied his preferred central midfield position. He is a complete midfielder with a range of abilities and if he can guide his national team to Cup glory, very soon he may head out of Italy. Although Rossi has been tipped to replace Totti as Roma’s captain and carry forward the club’s legacy,  the lure of silverware and Mourinho’s presence may just bring him to England.