Why Tottenham Hotspur should definitely make a move for Tony Vilhena

According to the Mirror, Tottenham Hotspur are interested in making a move for Feyenoord midfielder Tony Vilhena. The Dutchman has been making a name for himself in the Eredivisie and has come under the attention of a number of clubs.

Roma are also in the hunt for his signature but it’s Tottenham Hotspur who are in dire need of a new central midfielder at the moment. Spurs are currently third on the table after picking up a win against Leicester City during the weekend.

The Lilywhites have made one of the best starts to their season under Mauricio Pochettino but they have to bring in more reinforcements when the transfer window opens in January. Midfielder Mousa Dembele’s future at the club is very much uncertain at this point and talks over a new deal are yet to be opened.

Eric Dier has not started the season well and has failed to maintain any sort of consistency in his displays. While it is important that Tottenham hold onto their best players they must also ensure they strengthen the squad given that they didn’t make a single transfer in the summer. 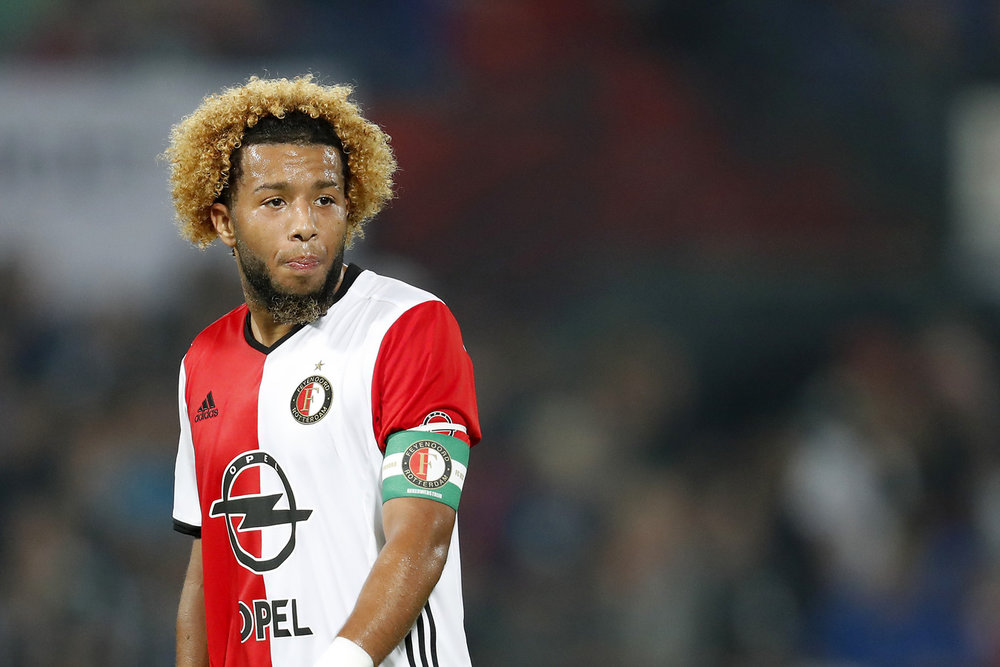 Vilhena would prove to be an ideal option in the middle of the park. The Dutchman is a lot more mobile on the ball than Mousa Dembele and possesses a lot more bite in his display. The 23-year-old has scored 2 goals and provided 1 assist in 14 Eredivisie appearances this season. (Stats courtesy – Whoscored)

He is comfortable with the ball in possession and can play himself out of tight spaces and under pressure. That is a trait which will prove vital in the Premier League given the pressing style of football played.

Vilhena can also play on either side of central midfield. He drags defenders out of their zones and creates space for his teammates. The Dutchman is also more than willing to track back and fulfill his defensive duties.

He possesses aggression and relentless running when it comes to defending. The Feyenoord midfielder can easily slot into Pochettino’s 4-2-3-1 formation played this season and he can also play as the only deep holding midfielder in the 4-1-2-1-2 formation as well.

Read more: An ideal support – Pochettino must land this versatile Russian star as Kane’s backup and here’s why

Spurs should definitely make a move for Tonny Vilhena when the transfer window reopens in January. The London club cannot go the entire season without bringing in more players and Mauricio Pochettino must ensure they spend.