Halfway through the Premier League, the fans have been taken through a roller coaster ride. There has been no shortage of excitement, there has been no lack of exhilaration. Chelsea, Liverpool, Tottenham, Arsenal, Manchester City and Manchester United, the big clubs all occupy the top 6 positions and the race for the title is just getting started.

Burnley, in their return to the league, have held their own so far while Bournemouth too have been a side to watch out for. It has been a story as usual for Sunderland who are stuck at the other end of the table along with Hull City, Swansea City and Crystal Palace as they look to save their season.

While there have been some excellent individual displays throughout the league, there have been quite a number of players who have struggled to live up to the billing and have flattered to deceive. Here we take a look at five of the worst performers of the league so far: 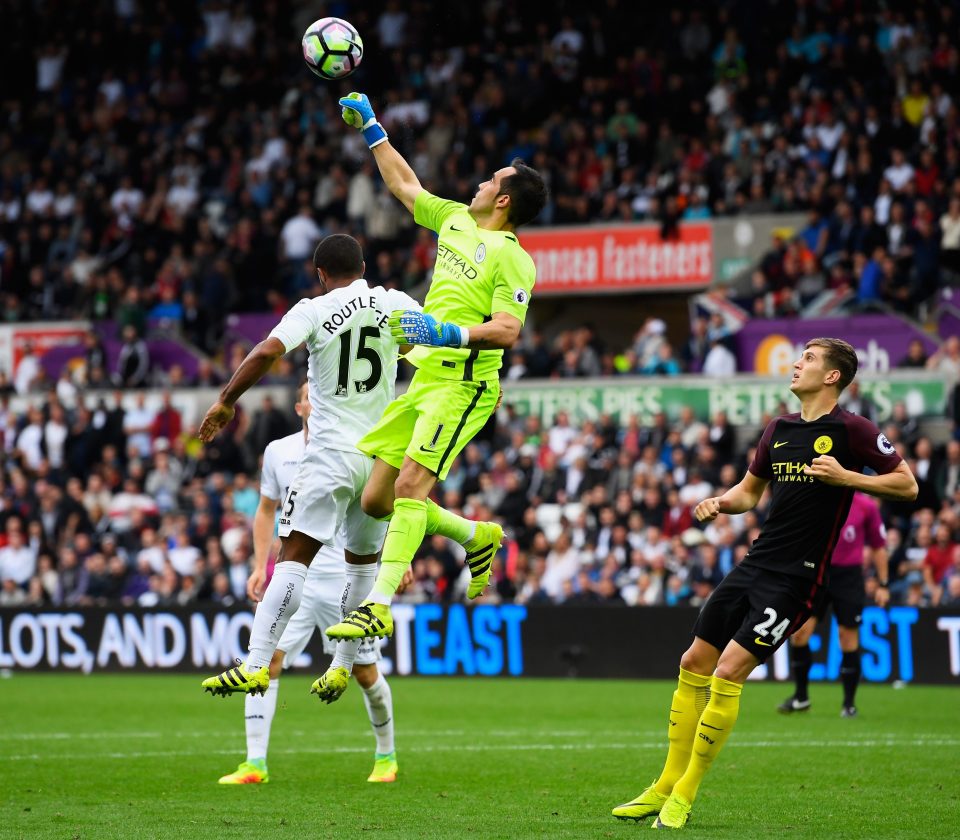 The signing of Bravo by Pep Guardiola in his first season in charge at Manchester City was surrounded by a lot of negative press, given the unceremonious ousting of fan-favourite and former No.1 Joe Hart.

However, Guardiola stuck with his guns, but it has proved to be a poor move from the Catalan. Bravo has been extremely shaky at the back for the Citizens and has been their worst performer of the season so far. Unable to deal with aerial balls, lacking the necessary strength and command in his six-yard box, Bravo’s season has been tumultuous at best. His decision making has also been a huge question mark for Guardiola and City.

Having managed to keep only 4 clean sheets for his team, Bravo has been more of a susceptibility at the back rather than an asset.