Spanish news outlet Marca has revealed that Atletico Madrid star Nikola Kalinic is on his way out as the club prepares to make space for Chelsea star Alvaro Morata. The former AC Milan star has struggled in the La Liga so far, playing behind both Antoine Griezmann and Diego Costa in Diego Simeone’s team.

However, that hasn’t stopped him from scoring goals. He has found the back of the net four times in 18 appearances, 9 off which came off the bench. His arrival in the summer window didn’t raise a ruckus, with the 31-year-old expected to play back-up to Costa and Griezmann, which is exactly the way it has gone.

Strength in hold-up play combined with his ability on the ball makes him a good option for Tottenham but not one they should consider. A journeyman of sorts, having played for eight clubs so far, Kalinic isn’t someone who can lead the club in a Premier League title race.

While Tottenham are barely holding on in the title race, they need another striker to help Fernando Llorente out and Kalinic isn’t the most prolific star. 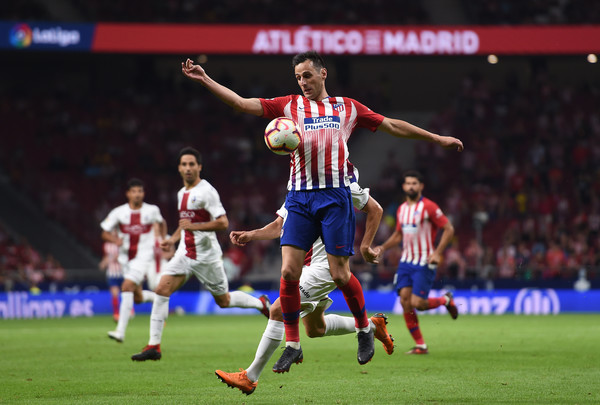 His highest total for a season was at Florentina with 20 goals in 40 appearances, sprinkled with an average of 7 every other season.

Bringing in the former AC Milan star would make little sense for the North London side. The club obviously need someone to help their goal-scoring exploits, but they need someone prolific to replace Harry Kane for the next three months.

Read More: Tottenham’s struggle for goals would end if they manage to land this top quality La Liga ace this month

Finding that is easier said than done and investing will be tough, given their current financial status. The North London side has invested heavily in their stadium, affecting their summer business as Tottenham were the only Premier League side not to bring in any player.

While that has affected the club, the January window allows them to add someone to help while Kane recovers. At the moment, Fernando Llorente isn’t someone they can depend upon. And with their current injury issues, Mauricio Pochettino needs to convince the board to invest.