According to a report from the Express, Premier League heavyweights, Manchester City and Liverpool are set to battle it out for the signing of Nabil Fekir in the summer.

The French World Cup winner has been one of the best players in the Ligue 1 for quite some time now and he could finally make his way into the Premier League next season.

Liverpool came ever so close to acquiring the services of Fekir last summer but the Frenchman’s knee problem caused the deal to break after the medical. However, the Reds are set to try their luck again but they will attempt to lower the fee according to the report. 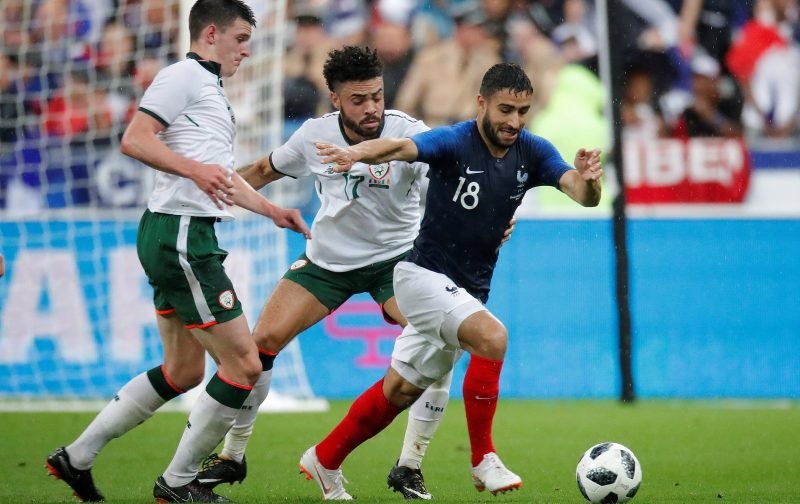 Premier League champions Manchester City are also set to make a move for Fekir as they prepare themselves for yet another long campaign after an incredibly successful one, which saw them rewrite history with their domestic treble.

The report reveals that City are at the risk of losing their two star Germans in Leroy Sane and Ilkay Gundogan. The Cityzens will need to replace them if they are sold this summer and Fekir is expected to be lined up as an option.

The Frenchman has had a very good season for Les Gones, having scored 12 goals and provided 9 assists in all competitions. Fekir has been instrumental for Lyon in the last few years, especially during his partnership with Alexandre Lacazette.

The duo was deadly and had a phenomenal understanding on the pitch, which was hugely beneficial for Lyon for a few years. Lacazette now plays for Arsenal and Fekir too would be brilliant in North London but on the other side, Tottenham have reignited their interest in him this summer.

Italian outlet, Calciomercato, reported back in January that Mauricio Pochettino is keen on making a move for the French attacker but Fekir stayed put in France. However, Spurs should make a move for him again this summer, especially if they lose Christian Eriksen.

Eriksen has just 12 months remaining on his current deal with Spurs and he has been  linked with Real Madrid. If the Los Blancos make a move for the Dane this summer, Spurs will have a huge void to fill and Fekir would be perfect.

The Frenchman is world-class and his brilliant vision would bring the best of Tottenham’s forwards next season. Fekir will also bring more goals to this Spurs side, who came ever so close to break their trophy drought last season.

Nabil Fekir would be a phenomenal addition to Tottenham’s side next season and Pochettino must attempt to make a move for him this summer.