According to a report from the Daily Star, Tottenham Hotspur have agreed to personal terms with Lyon star Tanguy Ndombele’s representatives over a potential move to the Premier League in the summer transfer window.

The report reveals that Ndombele’s agents have also agreed to a deal with Juventus, which means that Lyon President Jean-Michel Aulas could potentially start a bidding war between the two European heavyweights.

Spurs, despite not having signed a single player since Lucas Moura’s arrival in January 2018, have achieved the impossible by making it into the final of the Champions League.

However, their failure to recruit players has cost them in their bid to challenge for the title and are now fortunate to finish fourth.

One of the biggest areas where Spurs have been hit this season is their midfield. Moussa Dembele’s departure turned out to be a huge blow for Mauricio Pochettino’s side who have since struggled with regular injuries to almost all of their midfielders. A new dominant central midfielder should be their topmost priority in the summer and its importance will increase astronomically if they lose Christian Eriksen to Real Madrid before the start of next season.

Tottenham cannot afford to miss out on signing a midfielder in the summer and Daniel Levy must use all his power to beat Juventus to the signing of Tanguy Ndombele in the upcoming summer transfer window.

Ndombele has been in fantastic form this season and his performances, in both the Ligue 1 and in the Champions League, have caught the eye of many.

The Frenchman, despite being just 22 years old, has shown incredible maturity in his game, which was evident in his incredible display against La Liga champions Barcelona earlier in the season. His performance helped Lyon hold the Catalan giants to a 0-0 draw in the first leg. 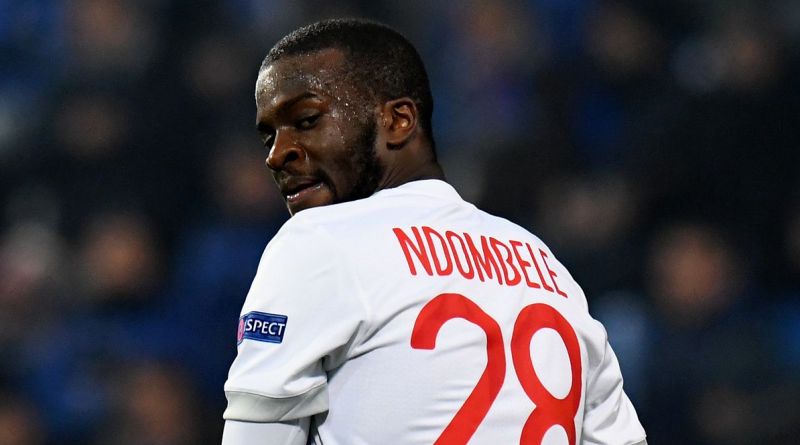 Ndombele has been a regular for the Les Gones this season, having missed just 4 out of a possible 5 games.

His positional awareness in defence, combined with his eye for a pass in the attack, makes him one of the best young players in the world and Spurs will have an incredible player in their squad next season if they manage to sign him in the summer.

Tottenham could potentially close the gap between themselves and the top two with the signing of Tanguy Ndombele in the summer.

The Frenchman will fill the void created due to the departure of Mousa Dembele and Pochettino’s side would become instant title contenders if they beat Juventus to his signature in the summer.