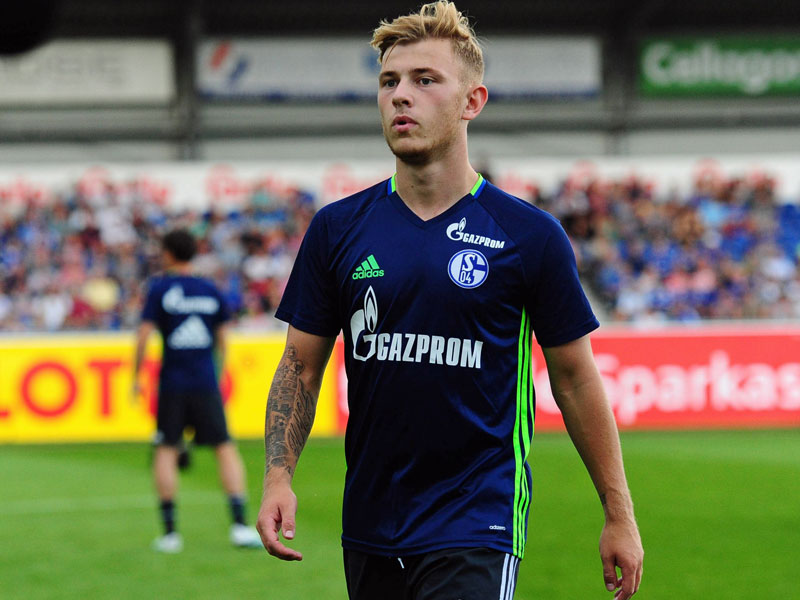 Tottenham Hotspur have been interested in a move for Schalke 04 midfielder Max Meyer for a long time and they could have a real shot at landing him this summer since he will be out of contract once the season comes to an end.

The 22-year-old’s current deal will run out in the next few months and he is yet to agree to a new one with his current club, meaning Spurs could acquire his services for free.

Knowing Daniel Levy, he will not turn down a bargain, and considering Meyer is one of the brightest young talents at present, this is a deal Tottenham must definitely go for.

One might argue that the Germany international has endured a rather rough time for a good majority of the season but that does not undermine his talent and vast potential. He is a proven matchwinner and although he has faltered this season, he just needs a dash of confidence to perform better. And given Mauricio Pochettino’s penchant for developing and nurturing young players, he could work wonders with somebody like Meyer.

Earlier, paying a transfer fee understood to be around £33million might have been risky but now that they could sign him for free, it does make sense for Spurs to actively pursue a deal for him.

Spurs might have failed to sign him in their previous attempts but now that they have a golden opportunity to do so, they must not let go of it. In Meyer, they will find a well-balanced player who can essay both attacking defending roles with equal gusto.

Over the last couple of seasons, he has reinvented himself as a deep-lying playmaker, meaning he could be a long-term replacement for Mousa Dembele – something that Tottenham have been scanning the market for.

In addition to that, Meyer can also provide some much-needed competition for Christian Eriksen. The young star has an eye for the goal and is quite creative as well and Pochettino could utilize him as a backup option to Eriksen.

In fact, he has played as an attacking midfielder on several occasions this season – which is a spot occupied by Eriksen when it comes to Spurs. However, in certain situations, he could be deployed in Eriksen’s absence, thus making it a win-win situation for Tottenham on both fronts.

To be able to land a player like Meyer for free truly sounds like a dream come true and Spurs must do everything they can to beat the competition and sign him up over the summer.