According to French publication Foot Mercato, Tottenham are interested in signing Ligue 1 side Lille’s midfield prodigy Boubakary Soumare. The 20-year-old has played 11 games in the French top flight for the Les Dogues so far and has been impressive.

Mauricio Pochettino’s side is yet to fill the void created by the departure of Mousa Dembele to China in January. Victor Wanyama, since returning from injury, has clearly been out of favour and has played just 6 games all season.

Spurs will need to bring in a new dominant central midfielder in the summer, who, like Dembele, can make an impact both offensively and defensively. Lille’s Boubakary Soumare would a phenomenal addition at White Hart Lane. 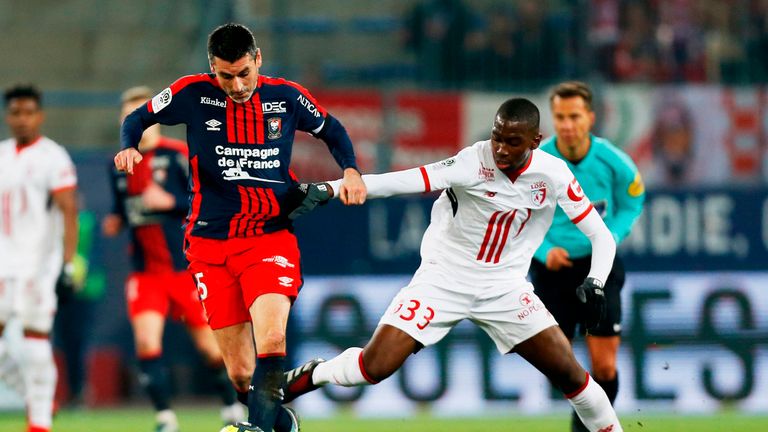 Having made his senior debut for Lille last season, Soumare has since made 32 appearances for the club in all competitions. A strong, skilled and long-legged dominator in the midfield, he has been dubbed the new Paul Pogba. Under the right manager, he could well emulate the French superstar.

Soumare is an old school box-to-box midfielder, who provides an incredible balance between the attack and the defence. Although the 20-year-old hasn’t started a league game for Lille this season, he has impressed whenever he came on, catching the eye of a number of clubs, including Manchester City, Newcastle United and, of course, Tottenham.

Standing at 6 feet 2 inches, the Frenchman uses his stature to brilliant effect. Despite his physique, he is quick with his feet. His skills on the ball combined with his power help him dominate the centre of the park and get away from defenders with considerable ease – just like Paul Pogba.

Soumare has shown incredible courage on the ball and is always seen getting into open spaces to receive the ball from his teammates. His composure on the ball is a joy to watch and his range of passing helps him open up the opponent’s defence even when playing in a deeper role.

Like Pogba, Soumare is extremely difficult to stop when he charges towards the goal and also has the ability to hold up the ball and control the game at his own pace when necessary.

The 20-year-old, despite naturally being a number 8, is more than capable of playing anywhere across the midfield. His versatility will help him go a long way in his career.

A move to a bigger team in a tougher league should be the next step for Boubakary Soumare to continue his progression and Tottenham would be an ideal destination.

Under Mauricio Pochettino, Soumare can fulfil his massive potential and the Tottenham boss can help him improve his game as he has with the likes of Dele Alli, Harry Winks and Eric Dier.

Soumare, at Spurs, could be a key player for the next decade and slowly fill the void left by Mousa Dembele. Spurs should not think twice about making a move for the young French powerhouse in the summer.