Tottenham failed to extend the gap between themselves and Chelsea after a 1-0 defeat to Bournemouth on Saturday. Nathan Ake’s late goal was enough for the Cherries to take all three points against a 9-man Spurs side.

The Cherries started off the game well with Jefferson Lerma dispossessing Son in the opening exchanges of the game. The ball was fed into the box but Trippier’s header cleared the danger.

Tottenham’s first chance of the game came when Lucas Moura attempted an audacious long-range effort after seeing Travers out of his line. Luckily for the hosts, the ball fell just wide but that would’ve been some goal by the Brazilian. 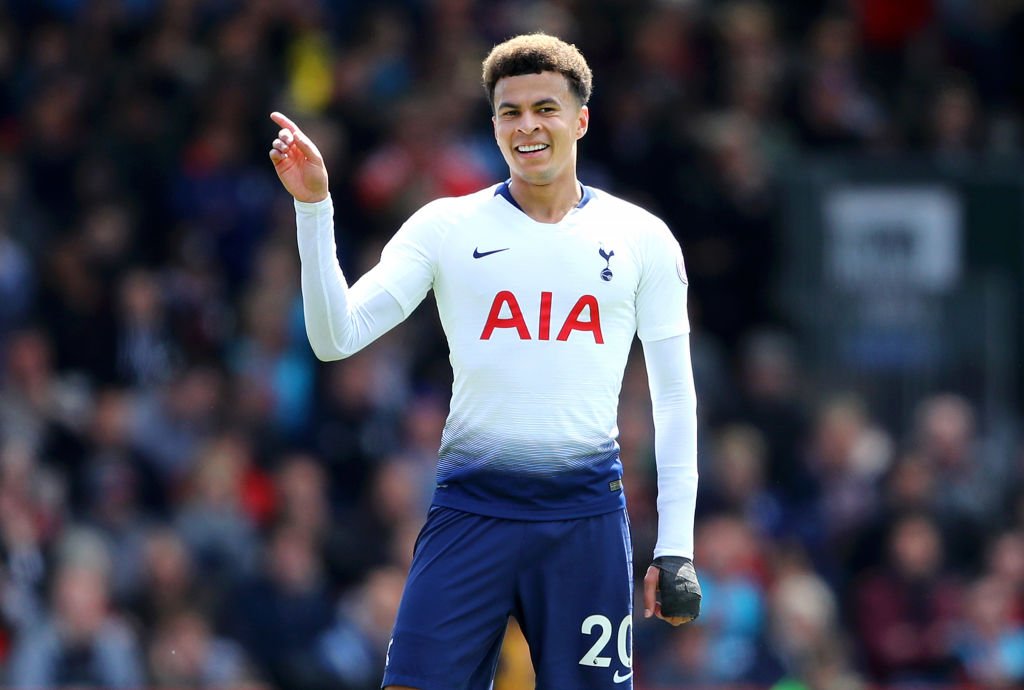 Eric Dier went into the book after a poor challenge on Ryan Fraser. Dele Alli turned brilliantly to get away from two defenders but his shot was saved brilliantly by Travers.

Lucas Moura was set free by Sissoko but the Brazilian’s fierce strike was saved spectacularly by the teenage goalie. Josh King found some space to run into but Alderweireld’s late challenge got him a yellow card.

Lucas had another huge chance to open the scoring but Travers denied what would’ve been a certain goal. The Debutant goalkeeper was in fine form as he made an outstanding save to deny Alli’s header. 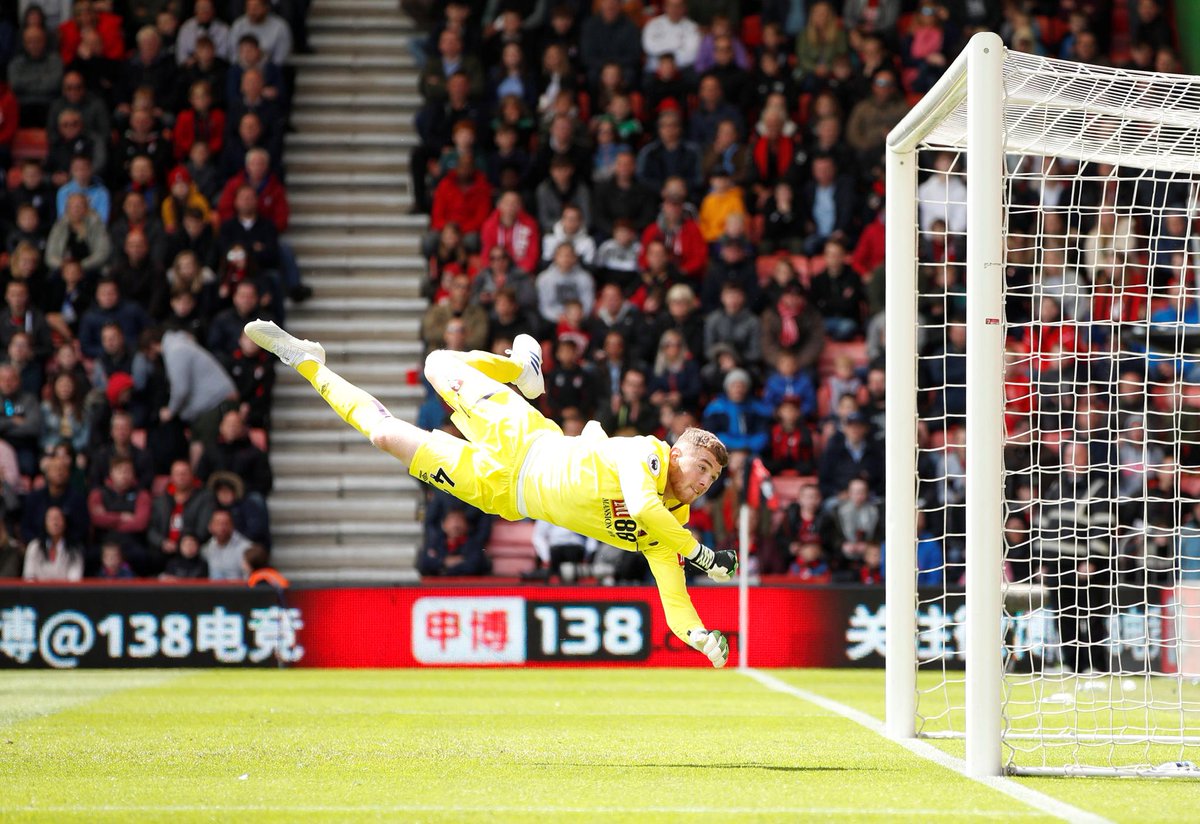 Tottenham got incredibly lucky after Eric Dier’s tackle from behind on a Bournemouth player on a break wasn’t spotted by the referee. Replays showed that it was a foul and the Englishman could well have received his marching orders.

Tottenham’s luck ran out in the 42nd minute after a moment of madness from Son saw him get a straight red card. Spurs went in to the break as the better side but Bournemouth had the numerical advantage.

Pochettino didn’t want any more disciplinary issues, so he brought on Wanyama and Foyth in place of Dier and Alderweireld, who were both booked in the first half. 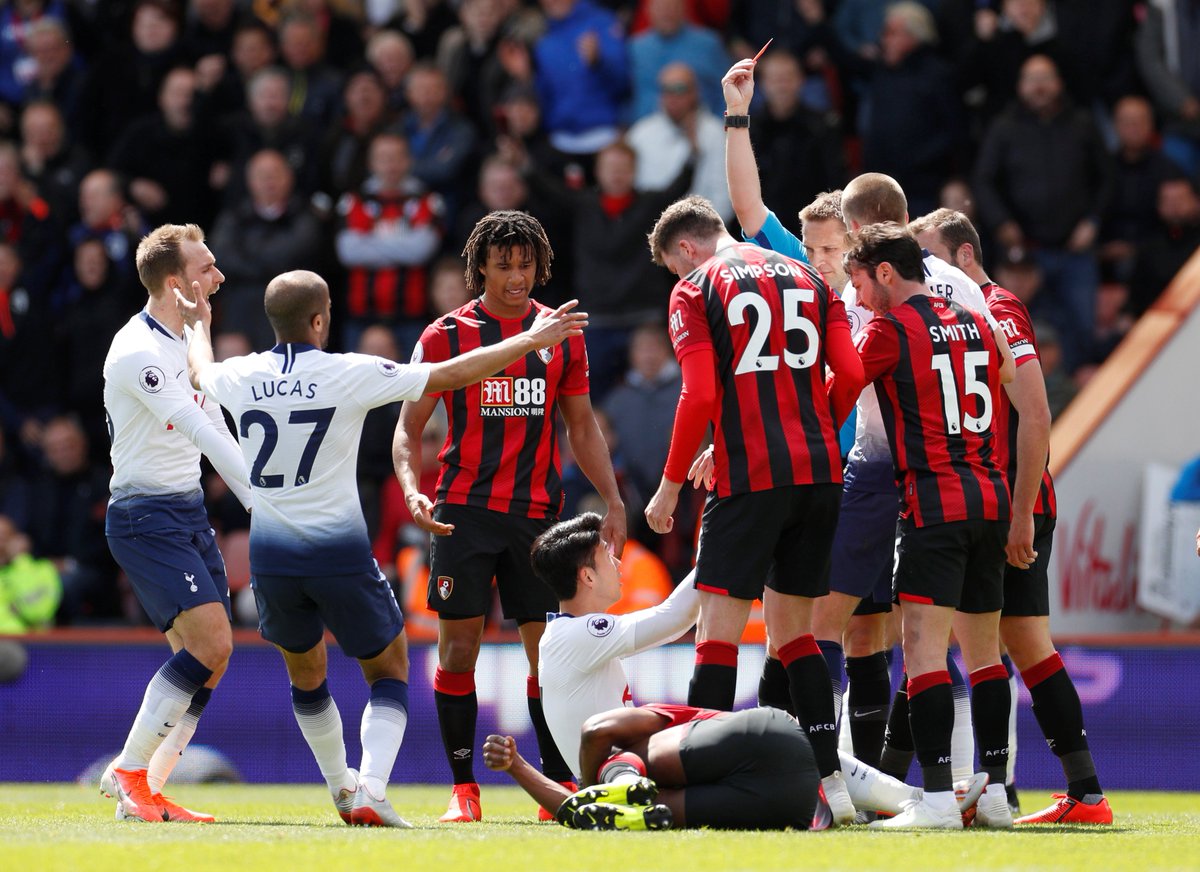 The move turned out to be a terrible one as Juan Foyth’s studs-up tackle got himself the red card just 3 minutes after coming on. It went from bad to worse for the visitors at this point.

The Cherries took control of the game from this point but Tottenham looked solid defensively. Ryan Fraser had a decent chance from the left flank but his weak shot failed to trouble Lloris.

Tottenham were caught on the break and Wilson had a powerful strike blocked behind for a corner. It was all Bournemouth at this point. Jordon Ibe took on Eriksen and his fierce shot was palmed away by Lloris. 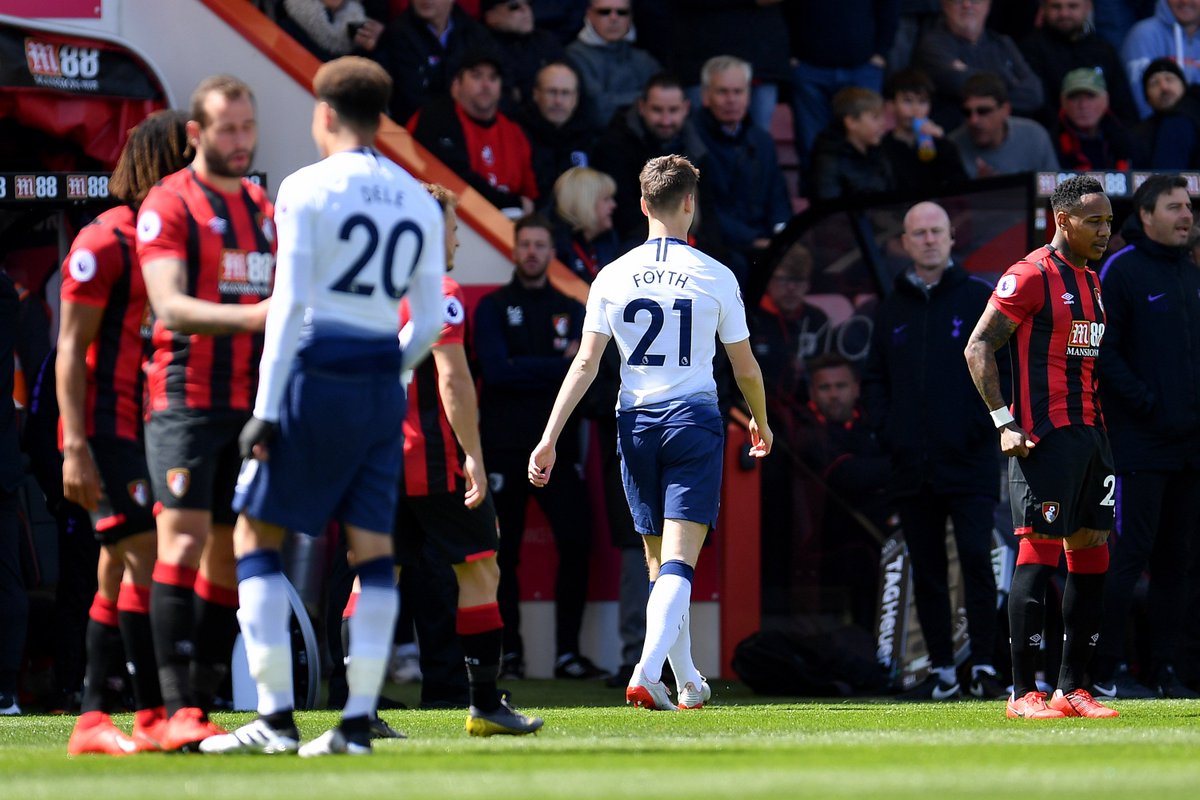 Callum Wilson had a massive opportunity in the 76th minute after a fizzed cross from Fraser but the striker scuffed his shot and it went harmlessly wide.

Tottenham were lucky to still be in the game but Bournemouth continued to push for the opener. Substitute Mousset had a huge chance after he directed a header off a ball from Fraser but Lloris was quick to react.

Mousset was involved again as he flicked a ball goalwards from a corner but Wilson failed to react in time to tap it in. Huge let off for Pochettino’s side. 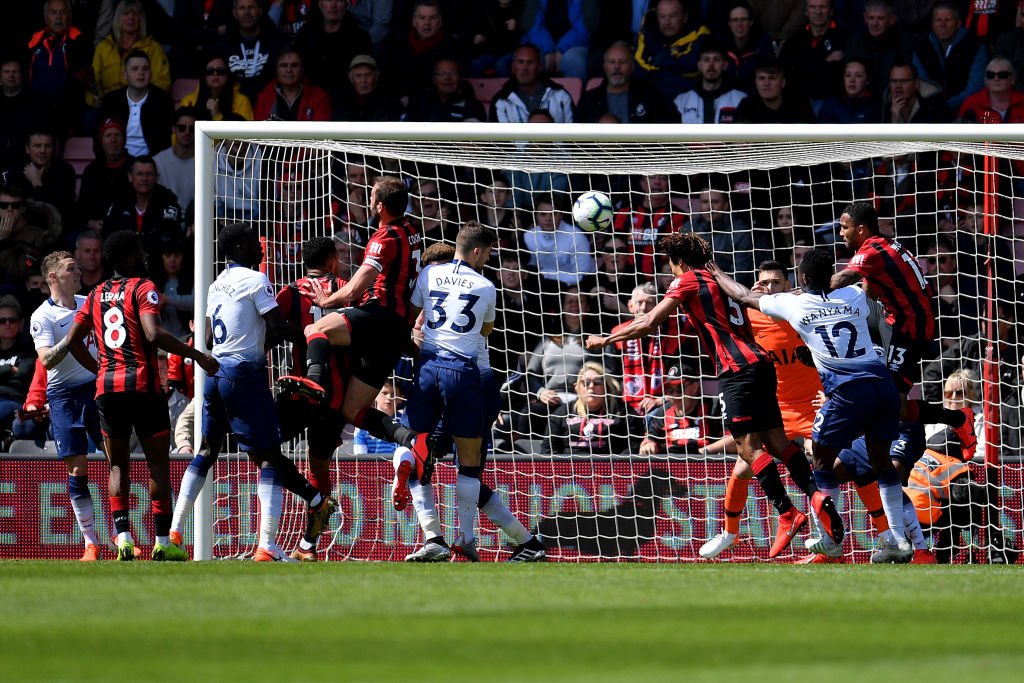 Bournemouth’s prayers were finally answered in the 91st minute after Nathan Ake headed home Fraser’s corner to break the deadlock and give his side a vital three points.

Here’s how some frustrated Spurs fans reacted to the result: