According to De Telegraaf, Tottenham Hotspur, along with the likes of Liverpool, Manchester United, Bayern Munich and Borussia Dortmund, are keeping a close eye on PSV’s exciting winger Steven Bergwijn.

The 21-year old has been impressive in the Eredivisie this season, having scored 11 goals and assisted 12 more so far. His ability on the ball will be remarkable in the Premier League and Tottenham should beat the rest to bag the Dutchman.

Erik Lamela’s career in North London has been injury-ridden, having missed over a year and a half due to hip and back problems. The Argentine has shown glimpses of his quality but has failed to be consistent since arriving at White Hart Lane in 2013.

Bergwijn would be an excellent replacement for the former Roma man and one that Mauricio Pochettino should seriously consider signing. 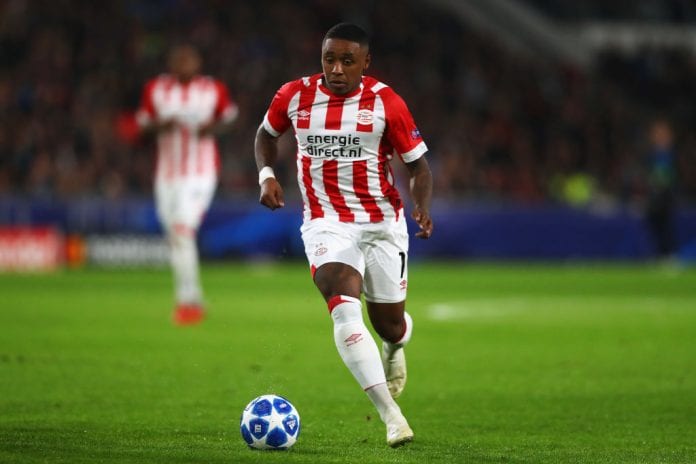 An Ajax youth product, Bergwijn moved to PSV in 2011 and has developed into a fine attacker over the last 8 years. The 21-year old is a versatile forward, who is capable of playing on both wings or up front.

But Bergwijn’s main attacking threat comes on the flank where he breezes past the defenders with his electric pace and sharp dribbling skills. One of the most important traits of the Dutchman is how he drags the opposition full-back out of position in order to make space for his teammates.

His ability to hold onto to the ball despite pressure from multiple defenders is a rare gift. His skill of getting past them without losing the ball will prove to be a massive asset in the tougher leagues. Another important aspect of Bergwijn’s game is his willingness to track back and help out the defence.

His balance between going forward and tracking back is highly commendable, especially at such a young age. In fact, it will be of massive importance in the Premier League where the full-backs are usually highly attacking.

Bergwijn’s positioning and movement off the ball makes him a huge threat to the opposition. His awareness of space and intelligence in his movement is incredible and is a joy for any creative midfielder feeding balls into him.

The Dutchman has averaged 3.1 shots at goal, 2.4 key passes and an incredible 3 dribbles every game so far this season. Bergwijn is an efficient passer too, averaging a passing accuracy of almost 85% which is brilliant for a winger. (WhoScored)

Tottenham would be making a smart addition to their side if they were to sign Steven Bergwijn in the summer. The 21-year-old will push Lucas Moura to his best and will also open up the possibility of playing Heung-min Son up front with Harry Kane.