ESPN has revealed that Tottenham are leading the race for Valencia star Carlos Soler as the Premier League side look to strengthen themselves for a strong trophy challenge in the future. However, given that the club hasn’t spent any money over the last year, with their last signing being Lucas Moura in January 2018, any move for Soler won’t happen until the summer.

The North London side haven’t exactly had the best of Januaries, having watched Mousa Dembele depart for China. Harry Kane, Dele Alli and Victor Wanyama are all on the physio’s table with the English duo out until March. And to make things worse, their only options in the midfield are Moussa Sissoko, Harry Winks and Christian Eriksen.

However, adding Soler will definitely reinforce that midfield line and given the young 22-year old’s abilities with and without the ball, he will be a worthy addition. The Spaniard has been Valencia’s key star this season and while he’s only found the net twice all season, the midfielder has instead produced on the other side, with six assists to his name. 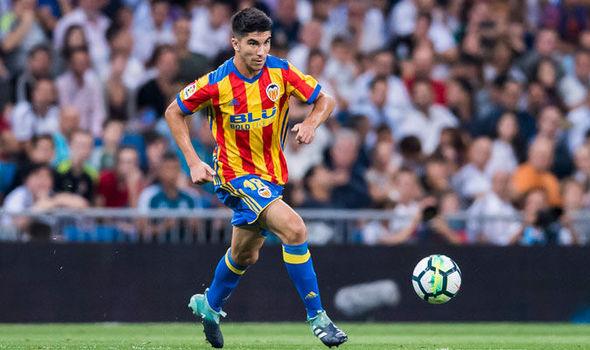 For Tottenham, their attacking play will be key to their future endeavours but more so, Carlos Soler is someone with the Mauricio Pochettino stamp of approval.

The 22-year-old has all the attributes that the Argentine looks for in a central midfielder, which includes excellent vision and a passing accuracy of 81% along with an average of 2.3 tackles and 0.2 interceptions per game according to Whoscored.

However, Soler has been playing out of position for most of the season, with the 22-year-old playing as a right-midfielder. When played more centrally, which is his preferred position, Carlos Soler has excelled, dictating the tempo of the game and aggressively winning the ball back.

While that aggression does get him into to trouble, with him conceding an average of 1.3 fouls a game, it’s exactly what will help him adapt to the Premier League.

Any move, however, will have to be made as fast as possible with the 22-year-old also attracting interest from PSG, who are still looking for the third midfielder in their midfielder trio.

Having already signed Leandro Parades (according to Sky Sports), the Parisians have their replacement for Adrien Rabiot. Hence, Tottenham have to convince Soler to move to north London and play for them.