Why Tottenham Hotspur should make a January move for Nathan Ake

According to the Daily Star, Tottenham Hotspur are very much interested in signing Bournemouth defender Nathan Ake. Mauricio Pochettino is a huge admirer of the Dutch international and feels that he would be a solid signing for his side.

The report suggests that Manchester United are also interested in bringing the young centre-back to Old Trafford as Mourinho aims to end the club’s defensive woes (h/t Daily Star). But Pochettino should definitely aim to get ahead of his arch rivals.

Spurs have their own problems at the back in the form of Toby Alderweireld, who is yet to sign a new contract with the club. His future has been up in the air for a while now and the arrival of Nathan Ake should be the solution to this dilemma.

Ake has been an epitome of consistency for the Cherries. Though he was a fringe player during his time at Chelsea, the centre-back quickly established himself as a top defender after enjoying successful loan spells with Reading, Watford and Bournemouth.

After impressing at the Vitality stadium, Bournemouth manager Eddie Howe signed the Dutch centre-back for a fee of around £20million from Chelsea. He has since gone on to become a key member of the squad and has been a regular under Howe.

Aged just 23, Ake has already proven himself to be a massive asset in the Bournemouth side. He has shown immense maturity and growth in his displays over the last few seasons.

AkeThe 23-year-old is a focused and a determined defender who is willing to do whatever it takes to keep the ball out of his net.

He is extremely calm and composed in possession as well. He rarely puts a foot wrong at the back and is a reliable option. What makes him even more enticing is his ability to pop up with goals on an occasional basis. 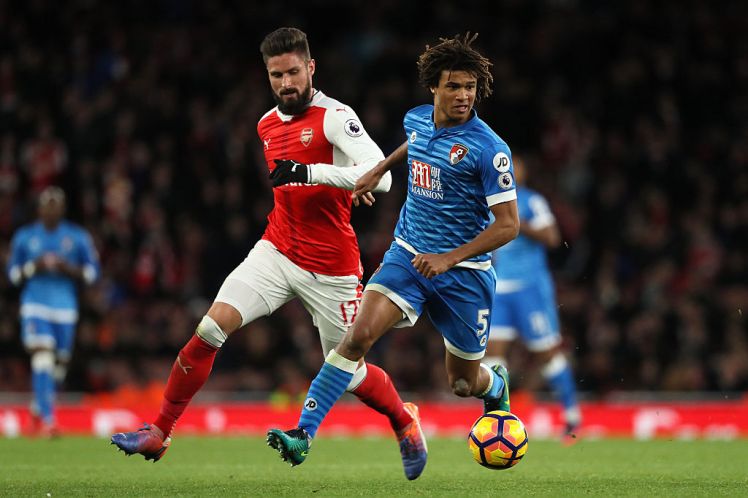 The centre-back scored 2 goals in 38 appearances last season and he has already picked up 1 goal this season. Ake is a powerful engine who is rarely affected by fatigue, which makes him such an exciting prospect. (Stats courtesy – Premier League)

Read more: Go for it Poch – This powerful 22-year-old Brazilian could be the ideal goal-scoring support for Harry Kane

Tottenham should definitely beat the Red Devils to his signing. It’s clear that Eddie Howe will not be keen on parting ways with one of his best players, but the prospect of playing in Europe might be enough to convince the player.