ESPN has reported that Tottenham have entered the race for West Ham star Declan Rice, as Mauricio Pochettino looks to strengthen his team. The 20-year-old West Ham midfielder has been in fantastic form this season for the Hammers and is easily among their top three players this season.

Tottenham, on the other hand, have seen multiple injury issues halt their title challenge but even with the likes of Eric Dier, Victor Wanyama and Moussa Sissoko back in action, things do look worse for wear. Though they have been winning games, they clearly need better quality in the middle.

By any comparison, Declan Rice has been better than all three of the players mentioned above. Rice averages 2.6 tackles, 1.6 interceptions, 1.8 clearances and a rather great 86% passing average per game. 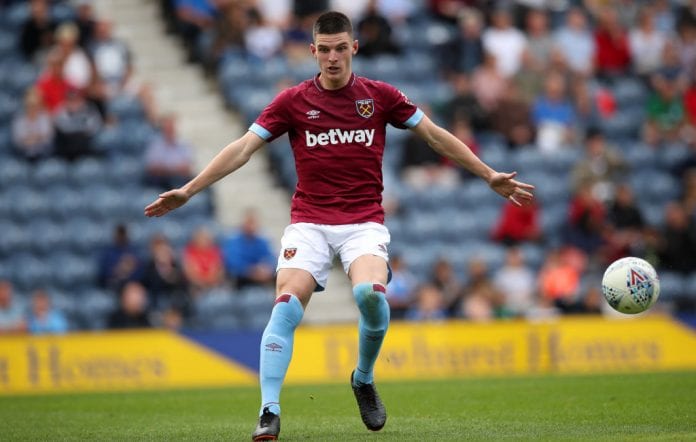 That’s miles ahead of the Tottenham trio, which shows exactly why Tottenham need the 20-year-old West Ham star. However, things could get complicated, especially given the fact that Declan Rice is young and developing.

Rice represents a new generation of West Ham stars, someone who could effectively lead the club into the future. He is a captaincy prospect for the future and looks very mature on the field.

He is a player who West Ham manager Manuel Pellegrini wouldn’t want to lose any time in the near future, especially given the fact that the former Manchester City boss is trying to build an empire at the London Stadium. While losing Declan Rice would hurt their future, West Ham can replace him if they ask for a big enough transfer fee.

Tottenham, on the other hand, will also have to battle Liverpool, according to ESPN, as the Reds are looking at Declan Rice to replace the ageing James Milner. Like Milner, Rice can play in multiple positions, including central defence. Given that Liverpool are already challenging for the league, luring Rice must be easier for them. 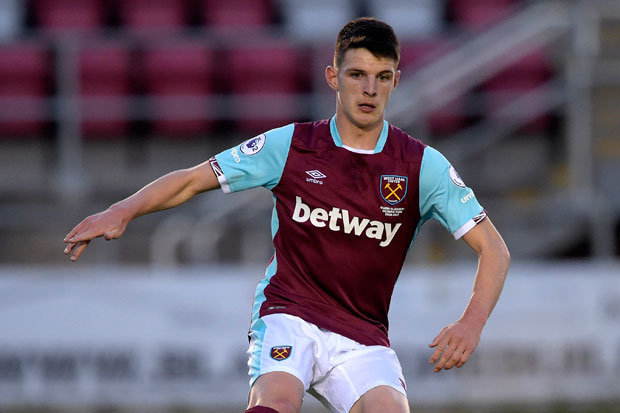 Read More: Why Tottenham should seriously consider the prospect of re-signing their booming talented star in the summer

This is something that could cause a few problems for Tottenham, given that they are in a transition phase. Some hefty spending would be required if they are to challenge for the league title and signing someone like Declan Rice by beating Liverpool would be a big step towards that.