Why Tottenham should beat Arsenal to the signing of Cengiz Under

According to the Mirror, Tottenham Hotspur are said to be interested in signing Roma midfielder Cengiz Under. The report suggests that the Turkish international has been attracting interest from other clubs as well, with Arsenal also said to be in the race.

The Italian outfit are only willing to sell their star to any potential suitors who will pay the club’s £50million valuation of the youngster. The 21-year-old has been making a name for himself since joining the Serie A from Turkey last season. He is currently one of the most sought-after and hottest properties in Europe.

Spurs should definitely make the move ahead of the Gunners and try to bring in the player. Mauricio Pochettino failed to make a single transfer in the summer and considering Tottenham’s growing injury list, the club could use a player like Cengiz Under to reduce the burden on the club’s big stars. 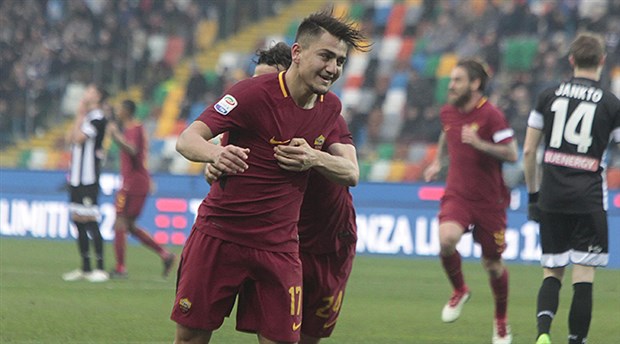 The 21-year-old is one of the most technically astute players around. His understanding and awareness of the game is immaculate. The Turkish international generally plays as a right attacking-midfielder but he is also comfortable playing on the left.

The youngster should be able to effortlessly slot into either of Pochettino’s 4-2-3-1 or 4-3-2-1 formations used this season. With Eriksen just returning from injury, Spurs have missed a player who can pick the killer pass in the final third.

Under’s passing has been sublime, with the youngster averaging a pass success rate of 82.9% in the Serie A this season.

The Turkish midfielder has also averaged 2.4 shots on target per game and is capable of racking in the goals as well. (Stats courtesy – Whoscored)

He has already picked up 1 goal and 2 assists in the league this season. Under has also scored 1 goal and provided 1 assist in 1 Champions League appearance.

Spurs have often heavily relied on Eriksen to provide the supply but with Under around, the likes of Harry Kane, Heung-Min Son, Dele Alli and Lucas Moura will receive ample opportunities going forward. (Stats courtesy – Whoscored)

Tottenham should definitely beat Arsenal to the signing of the talented youngster. The Lilywhites definitely need more firepower if they are to compete on all fronts. Making at least one transfer in January seems highly necessary at this point and Cengiz Under would be a perfect addition.