Why Tottenham should beat Arsenal to sign Dortmund’s Julian Weigl

According to the Sun, Arsenal are interested in signing Borussia Dortmund midfielder Julian Weigl as a replacement for Aaron Ramsey in January.

The move, if it materialises, will be Arsenal’s third raid on Borussia Dortmund, having already signed Pierre-Emerick Aubameyang and Sokratis in recent times.

However, Dortmund have slapped a daunting £68million price tag to keep the potential suitors at bay. According to the same report, Manchester City are also keeping close tabs on the German prodigy.

Weigl, who made his move to Signal Iduna Park back in 2015 following an impressive season with 1860 Munich, has been on the fringes of Dortmund’s first-team this season under manager Lucien Favre.

The 23-year-old has made only 3 appearances in the Bundesliga this term, playing a mere 151 minutes of football in the top-flight. Quite clearly, a player of his calibre deserves a lot more first-team action.

Blessed with a wonderful technique, Weigl is known for his calmness and composure in possession, and has the ability to play in a defensive midfield role as a shield for the rearguard.

He is not the sort of player who would make eyeballs turn with his pace, shooting or dribbling skills but few can deny the fact that he is currently one of the most immaculate distributors of the ball in Germany.

Weigl’s ability to retain possession and move the ball quickly in the central areas of the pitch with crisp and flawless passing makes him a treat to watch.

Even though he is not particularly hailed for his attacking contribution, the 23-year-old has the ability to carry the ball forward with intent from the deeper areas of the pitch.

Weigl averaged 50.6 passes per game with an accuracy percentage of 86.2% last term, figures which are quite outstanding for a 23-year-old.

Known for his hardworking nature, perseverance and tenacity in the midfield, Weigl combines work rate with his game-reading ability and anticipation to cut out the attacks with crucial tackles and interceptions.

In fact, he averaged 2.8 tackles and 1.4 interceptions per game last season in the Bundesliga. Furthermore, he has a remarkable vision for a defensive midfielder and has the ability to pick out the right pass at the right time.

To put things into perspective, he ticks all the boxes to be a perfect fit for Arsenal but wouldn’t it be a remarkable achievement for Tottenham if they can sign the highly-rated German in January as a replacement for Mousa Dembele?

Despite failing to land a single new face in the summer, Spurs have made a bright start to their Premier League campaign. Mauricio Pochettino’s men currently sit 4th in the standings with 27 points from 12 games, three points ahead of their north London rivals Arsenal. 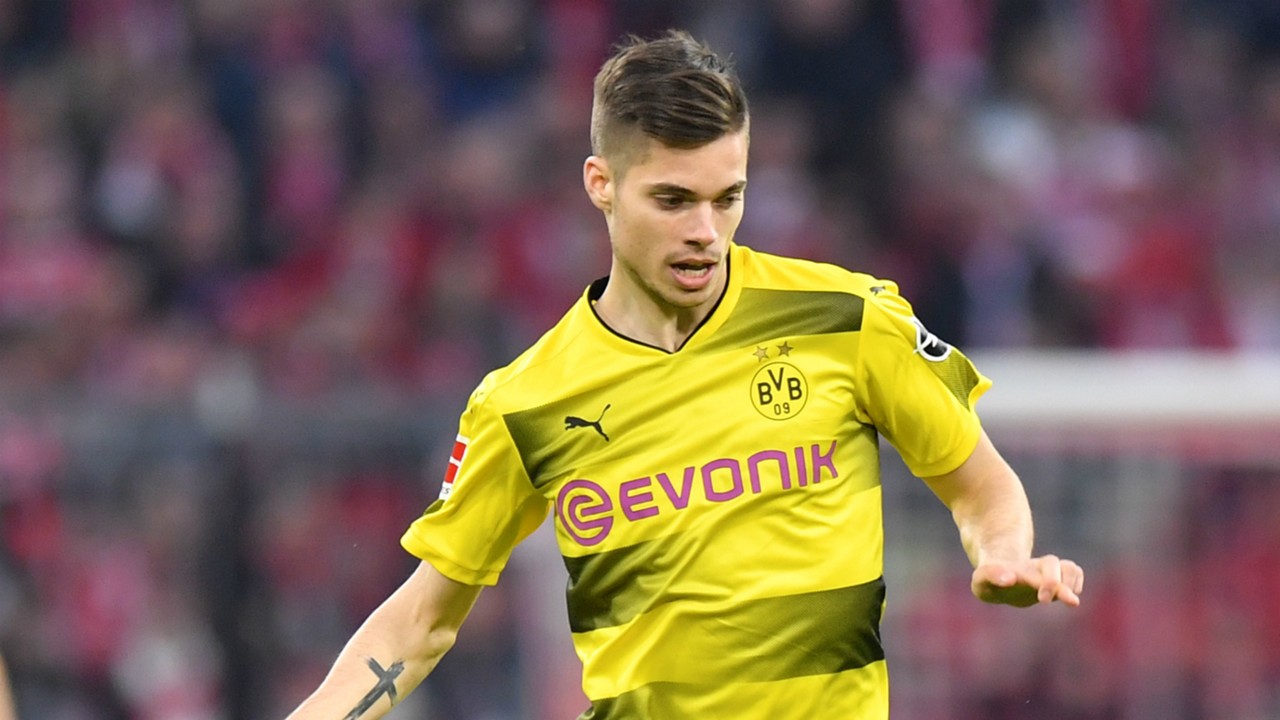 Pochettino has had a lot of injuries to contend with, particularly in central midfield, where he has been short of options due to injuries to Mousa Dembele and Victor Wanyama. As things stand, lack of depth in the squad might be the major roadblock for Spurs’ title aspirations.

Read More: Tottenham signing this 28-year-old Croatian star would be a decisive move with regards to the goalkeeping department

In Julian Weigl, Eric Dier would have the perfect partner in central midfield as the Englishman is known to struggle against agile opposition and quick counter-attacks.

That said, Spurs should go all out to beat Arsenal for Julian Weigl in January. They will have to break the bank to sign him but he has all the qualities to help them finish above their north London rivals in the Premier League.