Two of the Premier Leagues biggest teams will go head to head this summer with the Tottenham Hotspur and Liverpool both highly interested in Borussia Dortmund Winger Marco Reus with the player valued at only £25 million and stalling over a new contract at the German club.

The German Winger who is currently 28 years-old has had a tough time while at Borussia Dortmund, while the German international has bagged 58 goals  since joining from Borussia Monchengladbach in 2009 Reus has suffered multiple injuries just starting 61 Bundesliga games out of a possible 126 since the start of the 2014/15 campaign due to recurring and often lengthy injuries.

Reus who is coming to the twilight years of his career turning 29 in May has played only 3 Bundesliga games this term scoring once as a result of a lengthy injury, yet that is not to say he is not a fantastic player notching 7 goals and 4 assists in 17 appearances last season and 12 goals and 3 assists in 26 appearances in the 2015/16 season.

But Reus’s time in yellow only seemed to get worse season after season with the 5ft 11 wide-man has seen a number of teammates and close friends leave the Westfalenstadion over the years while Reus remained in the yellow of Borussia Dortmund, the problem for Reus has never been his quality but his injury record.

His £25.2 million valuation (according to Transfermarkt) almost mirrors former Dortmund teammate İlkay Gündoğan’s move to Manchester City in 2016 for a cool £20 million, and while the German has shined in Manchester he did miss a lengthy spell out with an injury in the 2016/17 season. 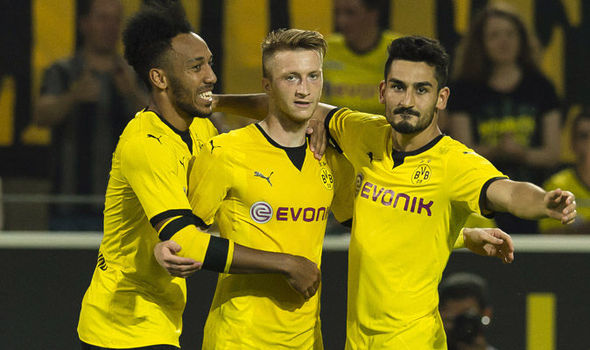 It is a massive risk for both Tottenham and Liverpool, yet if Reus didn’t have injury problems the German would be worth far more with his blistering speed unquestionable and his finishing at times deadly but only if a club keeps him fit.

The more likely destination should the German move is to Anfield linking up with former boss Jurgen Klopp who turned Reus into an absolute world beater during his time at Borussia Dortmund, but it is whether Reus could dislodge any of the “Fab Three” with both Firmino and Mane churning out good numbers this turn with Mane on 7 goals this season and Firmino on 13, and that is without mentioning Mohammed Salah who seems to be in a league of his own with 23 goals this term.

Yet should Reus join Liverpool he adds even more versatility to Liverpool’s attack and would be a key asset in Liverpool’s “Klopp to the top!”

For Tottenham, the supposed interest is unusual for Pochettinho, who has such an emphasis on bringing through youth players and buying young talent, so for the Argentine to supposedly want a 29-year-old upon the Summer Transfer Window’s reopening seems very out of character. Yet with so many clubs circling around Spurs Target Malcolm from Bordeaux Reus could be seen as the perfect backup option should the Brazilian fail to move to North London.

But owner Daniel Levy is a shrewd Businessman and may see the German as the ideal candidate for a “marquee” signing ahead of their move back to the fully renovated White Hart Lane balancing both star power and price with a Bale reunion at White Hart Lane looking likely to cost in excess of £50 million. But a deal for Reus may see the 56-year-old Brit show his savvy Businessman-like qualities once more.

Despite interest from Liverpool and Tottenham, it could be Spurs’ North London rivals Arsenal who could be the dark horses to sign the German winger with former BVB teammates Henrick Mkhitaryan and Pierre Emerick-Aubameyang both donning the red of Arsenal and international teammates Mezut Ozil and Mustafi both turning out for the Gunners.

But the least Arsenal need is another injury prone star amongst their ranks, and probably would only happen if Wenger leaves which is a debate for another day which I also wrote about; which you can check out by clicking my name and scrolling down. Shameless plug. 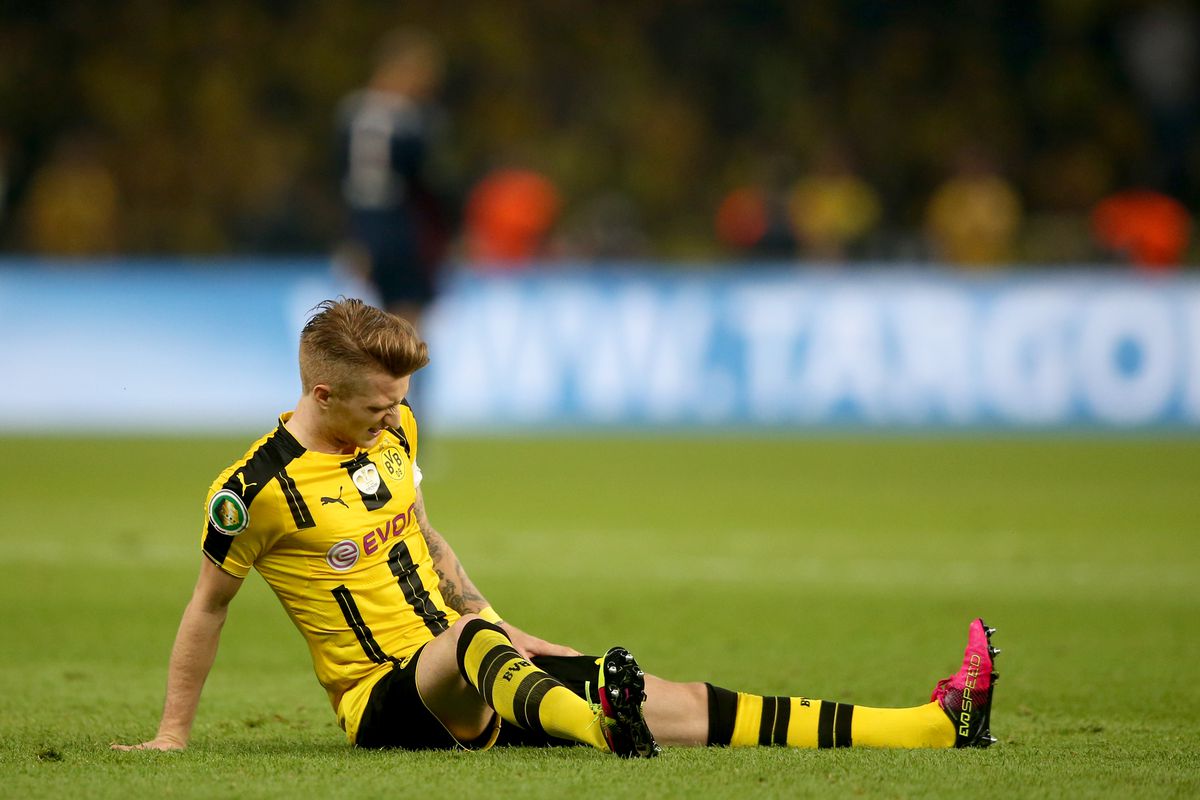 Reus is a risk, no doubt. Yet he is such a good player with pace, experience and creativity all a key asset of Reus’s overall game, but it is a question of whether he can be kept fit, week in week out. As a manager, you can’t rely on a player that keeps getting injured, case and point the previously mentioned Gareth Bale under Zidane at Real Madrid.

With the crazy fees being splurged out on mediocre players a fairly reasonable £25.6 million deal for an excellent one could be the key for domestic success next season; the only question is whether Reus will want to leave the familiarity of the Yellow wall or have a new adventure as the star approaches 30 years-old next season and could become a key asset in next season’s highly contested “Title Reus”.