The Premier League witnessed it’s first dramatic Premier League game which saw Everton and Wolverhampton Wanderers play out a scintillating 2-2 draw. The Toffees struck early through Richarlison, who slotted home from Leighton Baines’ cross that caused a commotion inside the box.

The Wolves were quick to reply through a stunning Ruben Neves free-kick which came after Phil Jagielka was shown red for his dangerous tackle on Diogo Jota. The scoreline was level at half-time and then Richarlison once more popped up with a delightful finish into the bottom corner to give the Toffees the lead.

But once again, the Wolves returned with more bite to score through another debutant in the form of Raul Jimenez. The Mexican nodded home Ruben Neves’ cross to level things up at the Molineux stadium. Marco Silva will be disappointed with the red card decision but can take back a lot of positives from the game.

Pickford made a couple of important saves, especially in the second half. He made an important save in a one-on-one situation vs Raul Jimenez, brilliantly denying the Mexican.

Baines enjoyed a decent game but the veteran left-back started to show fatigue in in the second half.

The centre-back was superb throughout the game. He made a number of tackles and headed clearances to deny the Wolves. Keane was a rock at the back in this game.

Jagielka started well but was all over the place after that. The English defender dived into Jota, earning himself a red card and an early shower.

Coleman proved his worth going forward. He played a number of crosses into the box for Cenk Tosun and looked lively throughout. 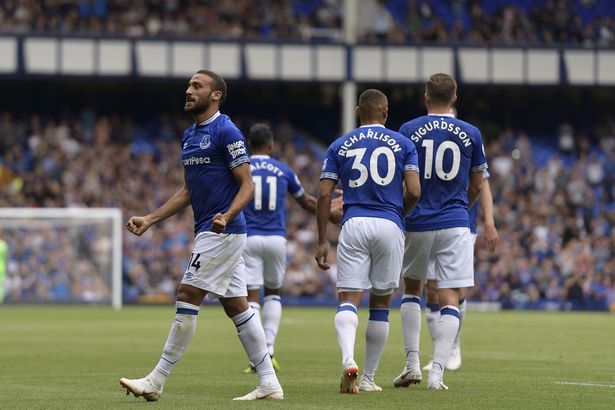 Gueye was defensively solid throughout the game. He was an able deputy in the absence of Phil Jagielka, brilliantly tracking back to cut out counter-attacks.

The former Manchester United midfielder endured a mediocre game but played a key role in supporting the attack. He made a couple of important tackles as well.

Walcott faced a frustrating afternoon, unable to produce anything meaningful. The former Arsenal man made a few impressive runs but wasn’t provided with the supply.

Sigurdsson was pulling the strings for the Toffees in the middle of the park but was soon taken off for Holgate after Jagielka was sent off.

The Brazilian enjoyed a brilliant debut with the club, scoring two well-worked goals to kick-off his career with the Merseyside club. He was a constant threat and also tracked back to support the defence. It was a man of the match performance from the young Brazilian talent. 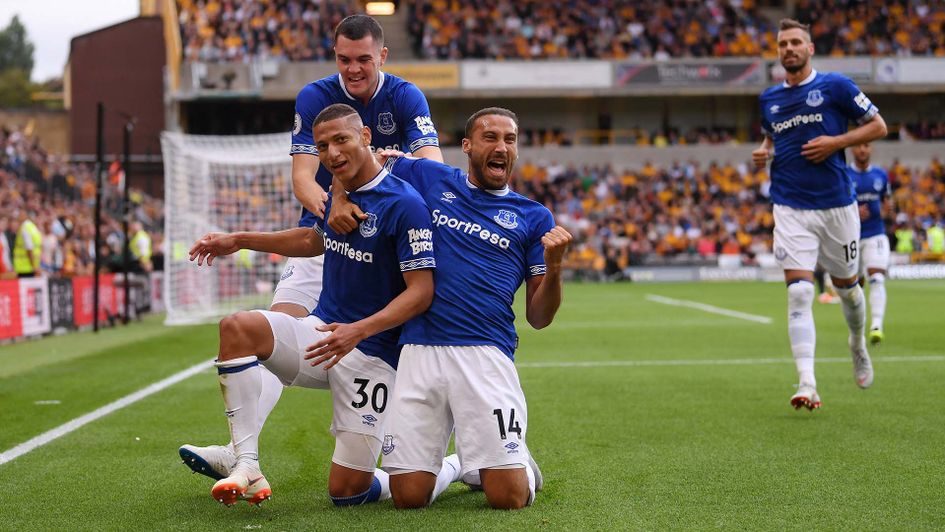 The Turkish international turned provider when he played in Richarlison for the second goal. Tosun had a couple of attempts on goal but Rui Patricio stood firm and kept them out. The Turkish striker proved to be a handful for the Wolves defenders.

The defender came on for Sigurdsson in place of Jagielka and put in an excellent shift. He looked solid.

Niasse came on for Tosun for the final 10 minutes and his constant running kept the Wolves defenders busy.

Brought on for Richarlison who felt a slight knock on his foot. Another debutant who will soon make his way into the starting line-up.