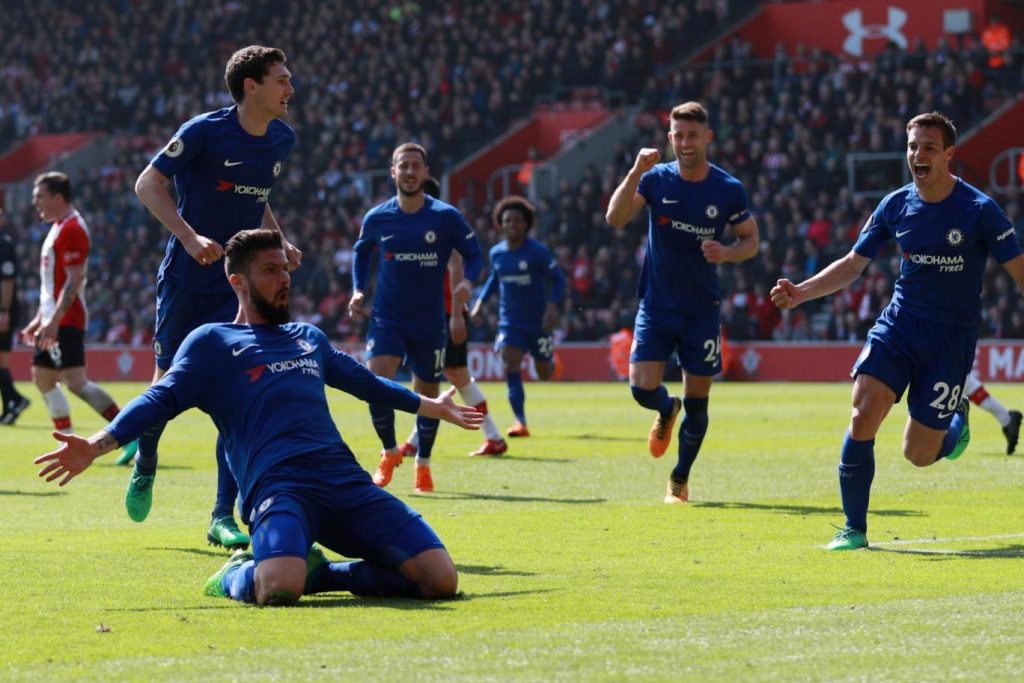 Chelsea qualified for the finals of the FA Cup in style as goals from Olivier Giroud and Alvaro Morata helped them beat Southampton 2-0. The Blues will now meet Manchester United in the epic finale set to take place on May 19th. It was a commanding performance from Antonio Conte’s men, who truly deserved the win.

Southampton’s Charlie Austin did come close to equalising but the goal was disallowed, which paved way for a bit of controversy. However, it all came down to a scintillating goal from Morata which sealed the outcome of the match.

Maintained a clean sheet owing to some good saves in the second-half, particularly the one off Nathan Redmond.

Southampton played with two strikers but Azpilicueta handled both of them with ease. Towards the end of the game, he partnered well with Morata as well.

The skipper put in a reassuring performance and was defensively solid throughout the game.

Utilised his pace well to keep Shane Long at bay. However, his passing was a bit haywire and he was caught out of position a few times as well.

A decent display from Moses, who started the match poorly but improved as time wore on.

Emerson could not contribute much to the attack but he was decent as far as defending is concerned.

Kante has played a crucial role for Chelsea this season and his influence was apparent in this game. Broke up the play effectively and aided the attack.

Fabregas was particularly effective in the first-half but his influence waned after half-time. Nevertheless, it was a good show from the creative midfielder.

Willian was a constant threat to the Southampton defence and he made some lung-busting runs. However, he was taken off by Conte with quite a lot of game time remaining and the player was visibly frustrated.

Linked up well with his teammates up front and was quite influential in aerial situations as well. He made a stupendous finish to see his goal fly safely into the net.

Hazard was at his lethal best against Southampton. He utilised his skills well to show drive and passion and was involved from the starting whistle to the final one.

Struggled with pace and looked a bit rusty.

Provided some much-needed energy in the midfield area.

This goal will surely restore the striker’s confidence ahead of the games to come.