At a time when success in football is defined by winning trophies, Chelsea have grown over the years as a club. Their revolution began when Jose Mourinho first arrived at Stamford Bridge back in 2004. They won numerous trophies during his reign and the trend has continued even under Antonio Conte.

Three Premier League titles and a Champions League triumph in the past decade speaks for all the good things Chelsea have done. And it goes without saying that their successes wouldn’t have been possible, had it not been for their brilliant signings.

Hence, let us take a look at five game-changing signings made by the Blues in the past decade.

Having just won the Premier League with Leicester City, Kante was offered a move to Chelsea. He joined the club and eventually became an integral part of the 2016/17 squad that went on to win the league title under Conte.

His defensive play in the midfield is of the highest order. He can cover ground to track runs while providing adequate support to the attack as well. His stamina and work-rate make him a truly special player. Not many defensive midfielders are able to maintain consistency throughout the season but Kante has been rock-solid for Chelsea since his move.

Just as Chelsea were struggling to score goals regularly during the 2013/14 season, Mourinho brought Costa to Stamford Bridge. He was aware of the striker’s qualities and expected him to do well at the club.

The Spaniard didn’t disappoint one bit as he hit the ground running. He scored 20 goals in 26 games during the club’s title-winning 2014/15 season, making him an instant hit in the Premier League.

He also played a pivotal role as Chelsea won the trophy once more under Conte’s guidance. There are a few negative aspects to Costa’s game but on his day, nobody can stop him.

Chelsea have a history of scouting top-class defensive midfielders. The likes of Claude Makelele, Michael Essien, John Obi Mikel are some of the prime examples. With Essien and John Obi Mikel’s time coming to an end, they needed a replacement and Nemanja Matic proved to be a great one. 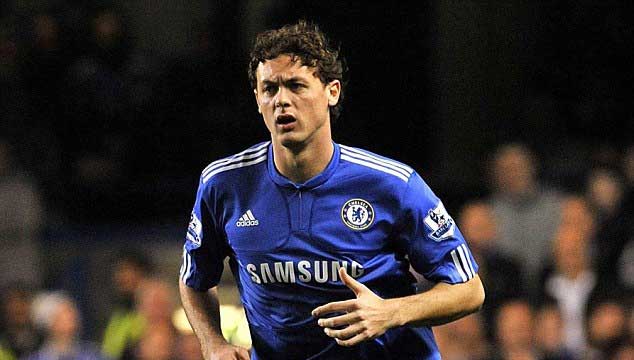 The Serbian is incredibly skilled and boasts of excellent physicality which helps him compete in the air. He is undoubtedly one of the most talented players to have donned the Chelsea jersey.

The diminutive playmaker has been a revelation at Chelsea since his arrival from Lille. His impact as in counter-attacking situations has been of the highest quality. The Belgian has pace, trickery and the calmness to score when required.

With his contribution of 89 goals from 300 appearances, Chelsea have won two Premier League titles so far.

Cesar Azpilicueta is a truly unique player who can play as a left-back, right-back and also at centre-back. He is a tenacious defender blessed with excellent pace, tackling abilities and quick feet.

Having played 280 games for the club, Azpilicueta is nothing short of a modern-day Chelsea veteran. And it goes without saying that he has helped Chelsea win numerous accolades with his overall impact at the back.