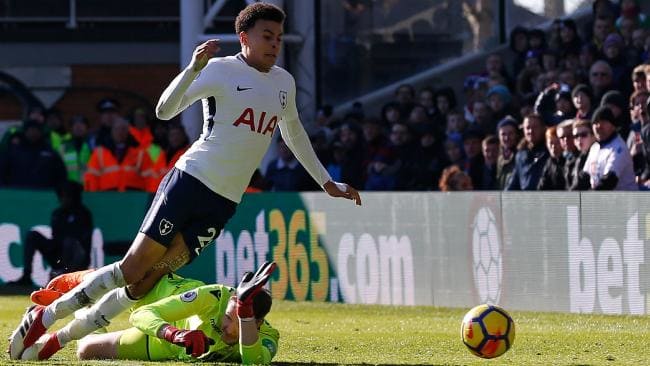 Touch Me And I Go Down! – Here Are The Top 5 Divers In The Premier League

Nobody likes diving. What some players might call ‘the art of winning a penalty’ is a really patent way of cheating. Diving is simply unacceptable and it is one of the biggest problems in the beautiful game.

Players have influenced matches for years with their uncanny ability to trick referees by making a meal of the slightest touches.

The FA introduced new Football Association laws in May to punish simulation in the Premier League and a panel consisting of a former match official, an ex-manager and a former player has been set up to charge the players.

Despite bringing fresh laws to eradicate simulation from the game, diving still continues and here’s who I think are top 5 divers in the Premier League.

During his first spell at Chelsea, David Luiz playacted, which saw Rafael get sent off during an encounter with Manchester United in 2012. It is still fresh in the minds of people as Luiz clutched his ankle and went down horribly, chuckling through his Samba locks after Rafael was given the marching orders.

There is no denying Ashley Young’s talent as his consistent displays at Aston Villa persuaded Sir Alex Ferguson to sign him for Manchester United.

However, it’s just a shame that his talent is spoiled by a penchant for going down a little too easily and the video below will justify it. Currently excelling in a left-back role at United, Young’s diving incidents have significantly reduced since Jose Mourinho’s appointment in 2016.

Danny Welbeck’s blatant dive against AC Milan in the Europa League hogged all the headlines. It wasn’t the first time the forward has been accused of diving. There have been a lot of instances where Welbeck has gone down to the floor so easily by entangling his one foot to the other.

The dive against Milan comes as another proof that Welbeck is a serial diver and must immediately stop.

When Harry Kane celebrated his 100th Premier League goal, he was drawn into the centre of diving controversy. Liverpool defender Virgil van Dijk had hit out at the Spurs striker after the game, alleging that Kane dived to win a penalty.

In response, Kane defended himself, claiming that he had felt the contact of the goalkeeper as he subsequently went down. The debatable point here is whether the contact was enough to naturally bring down a striker.

It’s been said before but sometimes it’s as if professional footballers fail to remember that they’re playing the most popular sport in the world in front of millions of fans with cameras capturing every moment of the action.

However, Alli, regarded as one of the most sought-after talents in English football, is one of those who has shown himself to either not mind the attention or that it simply slips his mind.

The Spurs star’s reputation as a diver has sunk further after the midfielder tried to con the referee in the club’s 1-0 victory at Crystal Palace recently. He’s already picked up three yellow cards for simulation this season and continues to be heavily scrutinised for his past history.

The simplest solution would be for Alli to just stop looking for contact!