Why Boaz Myhill could be a good addition for Middlesbrough

According to reports, Championship outfit Middlesbrough are interested in goalkeeper Boaz Myhill and have also put an offer on the table.

Myhill, 35, is available on a free transfer after leaving West Bromwich Albion at the end of the season. But he has continued to train with West Brom over the summer.

Randolph has been Pulis’ first-choice in goal, with Konstantopoulos as his deputy. The latter is 39 and is reaching the end of his career, although the one-time capped Greek international has penned a new one-year deal at the Teesside that will see him stay until the end of the 2018/19 campaign. 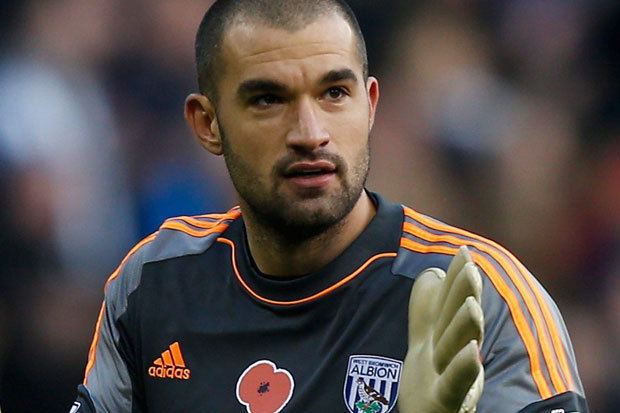 Konstantopoulos joined Middlesbrough in 2013 and has since gone on to make more than 100 appearances but endured a frustrating time as Randolph’s deputy this past season. And with the giant Greek goalkeeper set to turn 40 in November, a move for Myhill makes complete sense for Middlesbrough.

Myhill was released by West Brom this summer after spending eight years at the Hawthorns, making over 80 appearances as a back-up for Ben Foster. The Welsh goalkeeper started his career at Aston Villa but never made a senior appearance for them.

He had loan spells at Stoke City, Bristol City, Bradford City, Macclesfield Town and Stockport County before signing for Hull City in 2003.

It was with Hull where Myhill succeeded in making a name for himself, as he helped the Tigers move from League Two to the Premier League, in his seven seasons at the club. The 35-year-old’s impressive displays between the sticks saw him get snapped up by West Brom in 2010.

Myhill is an experienced keeper who has played for a number of different clubs in England. The Welshman has amassed close to 500 appearances in his career and his knowledge and experience will be a valuable asset for Middlesbrough.

The 35-year-old goalkeeper is available on a free transfer and he could provide the Teesside club with healthy competition to Randolph and Konstantopoulos next season.

To have a player of Myhill’s experience would be a tremendous boost. Having played under Pulis at West Brom, he would be aware of the manager’s expectations.

Read more: The best Championship transfer XI of the summer so far including Stoke and Leeds new boys

In every club, competition for places is a must, so bringing in Myhill as a backup option to Randolph is ideal for Pulis. Myhill is solid and experienced and after years of being the backup for Ben Foster at West Brom, he could do a good job being Boro’s No.2 goalkeeper.