According to a report in Liverpool Echo, Everton are interested in signing Mainz defender Jean-Philippe Gbamin during this transfer window, as per the player’s agent.

As per the report (h/t Daily Star), agent Bernard Collignon revealed that the Blues are one of the few clubs keeping track of the youngster, who was called up by Liverpool manager Jurgen Klopp for a possible move last year. Tottenham and Arsenal are also said to be in contact. 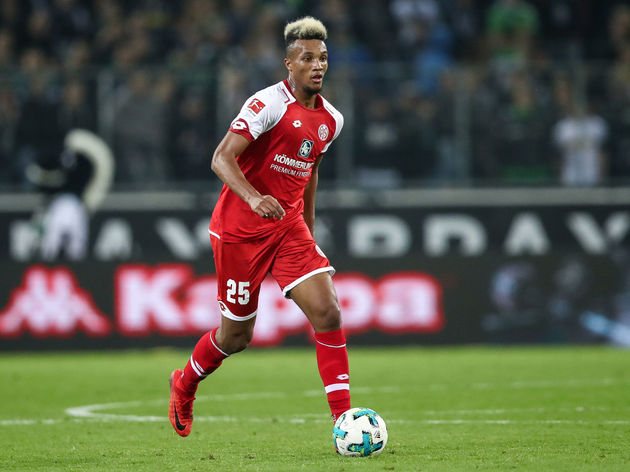 The agent also mentions that he thinks the player is worth around €60m and prefers him to play in central defence, rather than as a defensive midfielder. (h/t Liverpool Echo)

Currently, Gbamin’s contract with the Bundesliga side expires in the summer of 2023, so Mainz shouldn’t be under any pressure to sell him now. However, here’s why Everton should fork out the cash to sign the 23-year-old:

With the departure of Phil Jagielka and Kurt Zouma returning to his parent club Chelsea, Everton are down to very few centre-back options, led by Michael Keane and an injury-prone Yerry Mina.

Now, while they are working on a possible deal to sign Zouma on a permanent basis, there is still a place to sign another centre-back ahead of the start of next season. For that reason, they are right in being in the race to sign Jean-Philippe Gbamin this summer. The Ivory Coast international can play as a centre-back on both sides and is also a very good defensive midfielder and a right-back.

So, if the Toffees do manage to sign the 23-year-old, he could really help the squad in various ways.

All in all, we can conclude by saying that Everton should beat others in the race to sign Gbamin this summer. They must fork out the cash to sign such a versatile player.