The time is right for Chelsea to part ways with Fabregas

Chelsea have made a fast start under new manager Maurizio Sarri after winning all 4 of their opening games of the season before the international break. The Blues are one of four clubs who are unbeaten this season.

Despite making an impressive start to life at Chelsea, one of the Blues’ most influential players over the years, Cesc Fabregas has been linked with an exit from the club. The Spanish international has been Chelsea’s midfield lynchpin over the years.

According to Corriere Dello Sport, the former Arsenal midfielder has been linked with a move to Serie A outfit AC Milan. He is currently into the final year of his Stamford Bridge contract and the club could lose him for free next season.

A move at this stage of his career would seem wise for the £156,000-a-week midfielder. He has not made a single appearance under Maurizio Sarri this season as he’s been out injured, but it seems like he isn’t in the Italian’s plans.

Fabregas is 31 and with the likes of Matteo Kovacic, Ross Barkley, Jorginho, and N’Golo Kante vying for roles, there would be no room to accommodate the Spaniard.

Fabregas has made a total of 132 league appearances for Chelsea since moving from Barcelona in 2014. Previously plying his trade for Arsenal, Fabregas has been one of the most renowned midfielders in the Premier League.

The 31-year-old was a graduate of the La Masia Academy and possessed a wide variety of qualities to flourish at a very young age. The Chelsea midfielder is calm and composed on the ball, can pick almost any pass on the field and is great at distributing in the middle of the park. 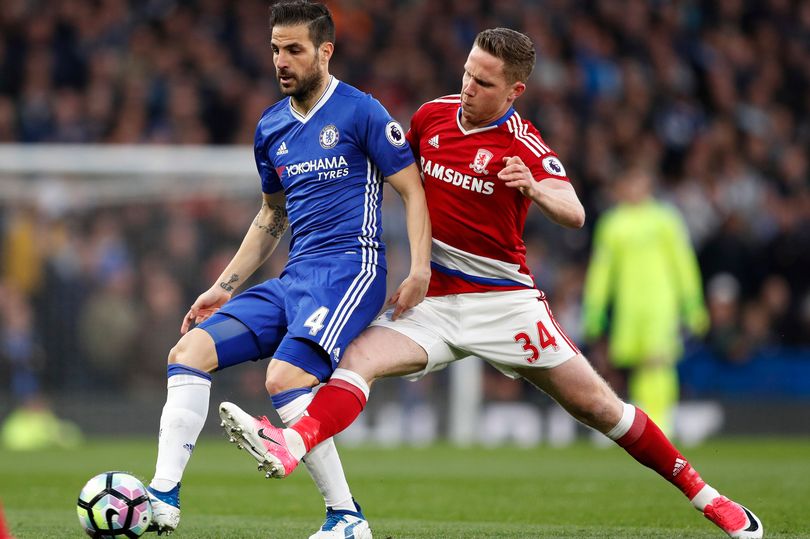 The former Arsenal midfielder is the kind of player who likes to pull the strings while the others finish what he started. But Sarri’s high-octane football also involves quick movement on and off the ball.

Fabregas’ mobility has been affected by his age, which is why the other midfielders might be preferred by the former Napoli coach.

It would be far better for the Spaniard to make a move away from the club at the right time. AC Milan would be a good destination for Fabregas to move to as they aim to get back to their own glorious self.