According to a report from Calciomercato, Southampton boss Ralph Hasenhuttl has confirmed that Charlie Austin will be allowed to leave in the summer.

The Austrian stated in an interview that Austin is aware that he will need to find a club for himself to gain more game time next season.

Austin joined the Saints from QPR in January 2016 for £4m and has since scored 20 goals in 79 appearances for the club. The 29-year-old has had a poor season this time, having scored just thrice in 25 competitions.

Austin still has a year left on his current deal with Southampton but having lost his manager’s faith, a move away is necessary. Here are 3 teams who should make a move for the experienced forward in the summer.

The Blades are having an outstanding season in the Championship and if all goes well, they will end up in the Premier League next season. However, Chris Wilder needs to address his squad to stay in the English top-flight.

Charlie Austin would be a brilliant addition to Sheffield’s squad and the former QPR man has the ability to form a devastating partnership with Billy Sharp up front. Sheffield United should seriously consider a move for Austin in the upcoming transfer window.

Fulham’s fate in the Premier League was sealed some time ago and the Lilywhites should now focus on building a squad capable of gaining promotion immediately. 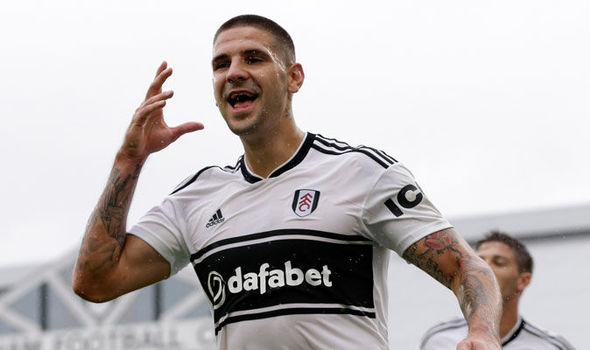 Charlie Austin is a proven goalscorer and with the right service, the 29-year-old could take the championship by storm and help Fulham return to the top-flight next season.

Birmingham have had a poor season in the Championship but Che Adams’ performances have been a shining light all season. The 22-year-old is the club’s top scorer this season with 22 goals and his performances have attracted interest from Premier League clubs in recent weeks.

Signing Austin would be an outstanding move by the club and the veteran, with his experience, could help the Blues advance in the Championship table. Birmingham City should battle hard to convince Charlie Austin to join them in the summer.