Football is a funny game. A side that looked like world-beaters one day can look sub-par not long after. Something similar has happened with Premier League side West Ham United. After having an extraordinary season last year, that saw them finish seventh in the league and qualify for the UEFA Europa League, the Hammers are going through a torrid start this term. Having already exited the European competition, they are languishing in the bottom half of the League table at 17th position and could very well get involved in the battle for survival.

A squad full of players that looked at their best last season have struggled to have a similar impact and are looking pedestrian at best so far. With most of the squad turning in poor performances one after the other, we take a look at three players who have underperformed most and let their team down:

The Italian has had a disastrous start to life in West London. Zaza has looked completely out of place leading the line for Hammers. Each time he is on the field, he looks utterly clueless and devoid of confidence.

He was never expected to be someone that would set the stage on fire, but having played 9 times in the league and yet to score his first goal isn’t something a manager would want from his main striker. Neither has he been helping his teammates, having created only 8 chances and no assists. The Juventus loanee has hardly looked like he belongs at this stage and his underwhelming performances have seen him go behind the likes of Enner Valencia, Ashley Fletcher and Diafra Sakho in the pecking order. 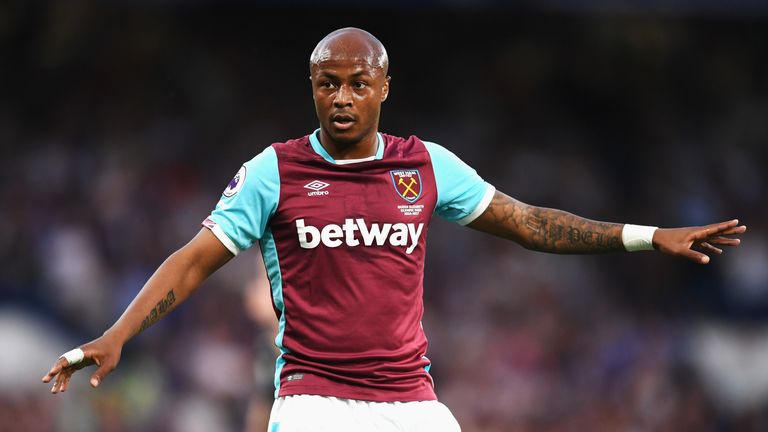 Having signed for a club record fee of £20.5 million in the summer, an early injury seemed to have hampered the former Swansea player’s first campaign with the Hammers.

Ayew arrived at West Ham with huge expectations having had a stellar season with Swansea, but has since struggled to bring that form with him to London. Having suffered a thigh injury early in his debut game, the Ghanaian international went on to miss close to two months of action.

But after regaining his fitness in October, Ayew has featured in the Hammers’ last 6 league games but hasn’t been able to make a valuable contribution. No goals, no assists, only 2 chances created, no shots on target. These are not the numbers the West Ham faithful would have expected from their record signing. The West Ham captain has had a very quiet season so far. Having featured in all but one game for the Hammers in the Premier League, Mark Noble has struggled to provide the energy needed in the middle of the park.

There are no doubts over his qualities as a leader but he has struggled to adapt to the 3-4-2-1 system that Bilic has looked to use this season. Noble has, many a times, left his defence exposed while at the same time he has created very few opportunities going forward. He has failed to score this season, has no assists and has created only 10 clear-cut chances for his team.

With his experience and abilities, a lot was expected from the 29-year old, but he has had a poor start which in parts has been a reason for West Ham’s poor run of form as well.