The Championship campaign has gotten off to an exciting start this season. Marcelo Bielsa’s Leeds United are currently at the top of the table with Middlesbrough hot on their tail.

A number of stars have emerged as early performers for their clubs and they could go on to make a name for themselves this season. Every season, a number of Championship players break onto the scene and often earn a move to the Premier League.

Here, we take a look at three players who could emerge as their club’s top performers this season.

Grealish is not a relatively new player to the scene but he is slowly and steadily stepping up his game for Aston Villa. The central attacking midfielder has played all 5 games so far, picking up 1 assist in that time.

He is their midfielder maestro and the man who usually pulls the strings. A talented and technically-gifted footballer, Grealish is a classy passer of the ball. He is capable of picking any lock in the tightest of situations.

The 22-year-old has averaged a pass success rate of 85.9% in the second-tier competition so far. He has also averaged 1.5 shots per game, picking up one Man of the Match award. Grealish is a stylish player with the ball at his feet and is undoubtedly blessed with ample potential. Hence, this could be the season he hits new heights.

The 25-year-old has been in devastating form for the Peacocks this season. Roofe has scored 4 goals and provided 2 assists in 5 games for Marcelo Bielsa’s men so far. Leeds have been playing an attractive style of football and Roofe has been a key figure at Elland Road.

Although Roofe joined Leeds in 2016, this might be the year he makes a name for himself. He is a deadly striker and a clinical finisher, possessing a wide range of attacking abilities in his arsenal.

The striker has averaged a mammoth 3.5 shots per game in the league so far and has proven to be a constant menace for goalkeepers. Expect him to do the same in the Premier League next year.

Maupay moved to the Championship in 2017 and has been surprisingly prolific for the club. The striker has since gone on to score a total of 17 goals in 46 appearances for Brentford. Maupay has started this season in exceptional form as well, scoring 5 goals in 4 games to lead the charts. He has also provided 3 assists in that time. 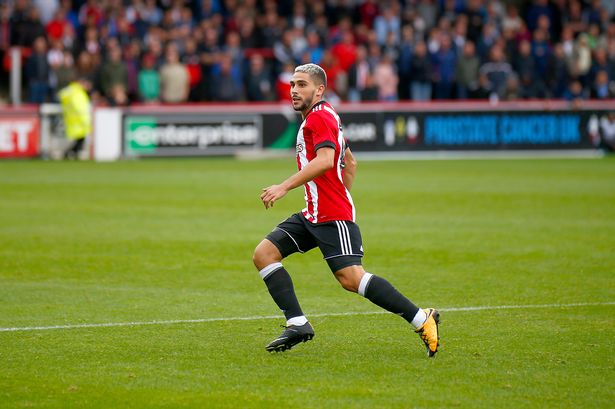 A clever striker who poses a massive threat from anywhere on the field, Maupay is a brilliant poacher inside the box. What’s even more appealing about the player is his ability to play pinpoint passes. He has averaged a pass success rate of 83.1% and registered 3.3 shots per game. Hence, Maupay and Brentford could be the surprise package this season.