Why Andriy Yarmolenko is an exciting signing for West Ham

As per reports, West Ham have completed the signing of Andriy Yarmolenko from Borussia Dortmund on a four-year deal.

After spending 11 seasons with Dynamo Kiev, the Ukraine international joined Dortmund last summer but struggled to find any kind of form. In 18 appearances for the German side, he scored just 3 goals.

West Ham have been one of the busiest Premier League clubs in the ongoing summer transfer window. Manuel Pellegrini is building a new-look West Ham side, having already made few exciting signings. England midfielder Jack Wilshere and highly-rated right-back Ryan Fredericks joined on free transfers while the others to arrive are experienced Polish goalkeeper Lukasz Fabianski and France Under-21 defender Issa Diop.

Latest addition Yarmolenko becomes Pellegrini’s 5th summer signing since replacing David Moyes. The arrival of Yarmolenko will add another feather to West Ham’s hat and is perhaps capable of offering a different dimension to their attack.

At Dortmund, Yarmolenko started brightly before fading away. The Bundesliga side went two whole months without a single win in the league that resulted in the sacking of Peter Bosz. During that disastrous period, Yarmolenko suffered an incredible dip in form that saw him never get back to his best under Bosz’s successor, Peter Stoger.

However, the Ukrainian showed glimpses of his brilliance in the early months at Signal Iduna Park that surely cannot be ignored. The 28-year-old dazzled the Dortmund crowd with his terrific array of fantastic dribbling and lethal finishing. His craftiness with the ball at his feet along with his speed and control makes him a very difficult player for the opposition to deal with. He is versatile, can play on both wings and also as a secondary striker. He tends to create space for himself and his teammates with intelligent movement.

Yarmolenko also has a penchant of coming up with the spectacular if given time and space. His creativity, speed and technique always put him into good positions and he possesses ice-cool composure in front of goal. Due to his strength, stamina, tenacity and blistering pace, Yarmolenko would be a perfect fit for the Premier League. He will have no problems fitting into the West Ham side coached by an attacking manager in Manuel Pellegrini. 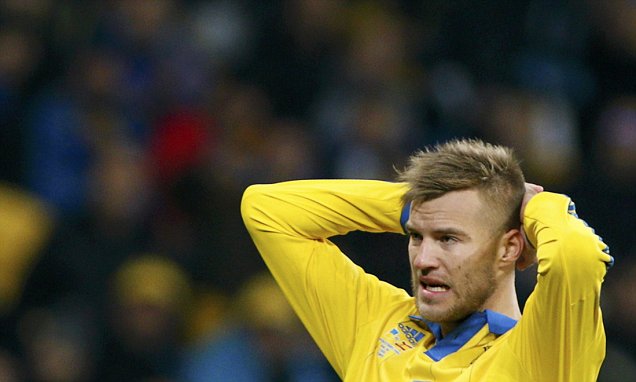 By signing Yarmolenko, West Ham have got a gem in their hands. It all depends on how Pellegrini uses the Ukraine international and if the Chilean manager succeeds in getting the best out of the forward, Yarmolenko could be a menace in the Premier League.

Despite failing to live up to the hype at Dortmund, Yarmolenko is very much a talent that is good enough to impact any game in any league he plays. He would give Pellegrini another match-winning option in the attack.