According to reports from Daily Star, Marco Asensio has been brought up as a surprise target for Maurizio Sarri’s Chelsea in the light of new developments in the Eden Hazard saga.

As suggested by the report, Eden Hazard has publicly announced that his mind is made up about whether he is planning on signing a new contract or if he’s moving away from Chelsea.

Chelsea must now begin to look for a replacement and Marco Asensio has been linked with a possible switch to London.

Hazard has been Chelsea’s main man for more than 6 years now and over time, he has developed into one of the world’s best players. His time at Chelsea has been extremely successful and prolific. 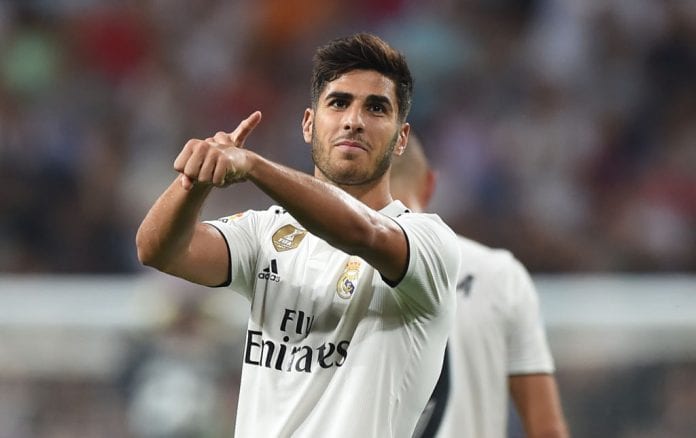 He has won two Premier League titles and a FA Cup during his time in South-West London. His dribbling and movement induce fear in most defenders. His goal scoring record this season has also been excellent as he has already notched up 12 goals and 10 assists.

On the other hand, Marco Asensio has played 17 games for Real Madrid but has only scored one goal. But despite this rather poor scoring tally, his play on the ball is excellent and he has sometimes been their only creative outlet in what has been a very forgettable season for Madrid so far.

His 20 caps for Spain have only produced one goal as well but his movement and skill on the ball set him out as an immense talent. Like Hazard, his dribbling is incredible and despite his scoring statistics suggesting otherwise, he can strike the ball exceptionally well.

His addition would certainly liven the Chelsea attack as will Christian Pulisic’s arrival in the summer. They can freshen up their frontline and play the youngsters over the ageing Pedro and Willian.

He could even act as a makeweight in the deal that would see Hazard go the other way, as reported by Daily Star. The youngster does have similarities to Hazard in his style of play while his immense work rate will suit Sarri’s system well.

This could be a blockbuster move for the Blues but as much as they’d want Hazard to stay beyond the end of the current season, Marco Asensio seems like the best replacement option when the inevitable call from Los Blancos does come for the Belgian magician.