According to a report from BBC, Cardiff City boss Neil Warnock wants to strengthen his squad in the January transfer window.

Cardiff City have climbed to 16th place in the table following their surprise 1-0 victory at Leicester City on Saturday. Prior to the victory over Leicester, the Bluebirds were handed a 5-1 thrashing by Manchester United.

There is plenty of hard work going behind the scenes at Cardiff as what they approach is a crucial January transfer window. The Bluebirds’ hopes will be largely pinned on their transfer activity next month as Warnock’s current squad simply lack the quality to survive in the Premier League.

That said, a new striker is an absolute necessity for Cardiff if they are to maintain their top-flight status.

Cardiff have struggled to score goals in the Premier League this season, with the likes of Danny Ward, Kenneth Zohore, Callum Paterson, Gary Madine all underperforming. The Welsh outfit spent heavily on Josh Murphy and Bobby Reid in the summer but the duo has failed to live up to the expectations so far. 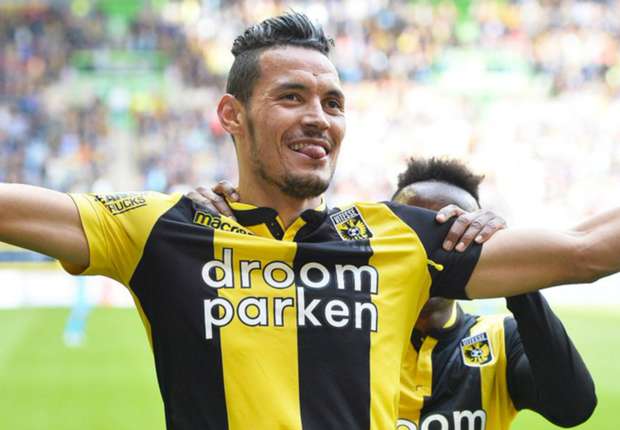 The club’s only consistent performer has been Victor Camarasa, whose injury-time screamer gave Cardiff a crucial three points against Leicester. The Bluebirds are short of firepower up front at the moment and Warnock must solve his team’s goalscoring woes by signing Vitesse forward Oussama Darfalou.

Oussama Darfalou, 25, joined Vitesse from Algerian club USM Alger in the summer and has enjoyed a good debut season in the Eredivisie so far, netting four goals and assisting twice in 16 games. And going by the Algerian’s physical attributes, he appears to be a perfect fit for Warnock’s style of play at Cardiff.

Strong, powerful and good in the air, Oussama Darfalou is an old-fashioned centre-forward. The 25-year-old is excellent at holding up play and is capable of outmuscling defenders inside the box with his brawn to score goals. Despite being just a shade over 6ft 1in, the Algerian has a decent turn of pace. 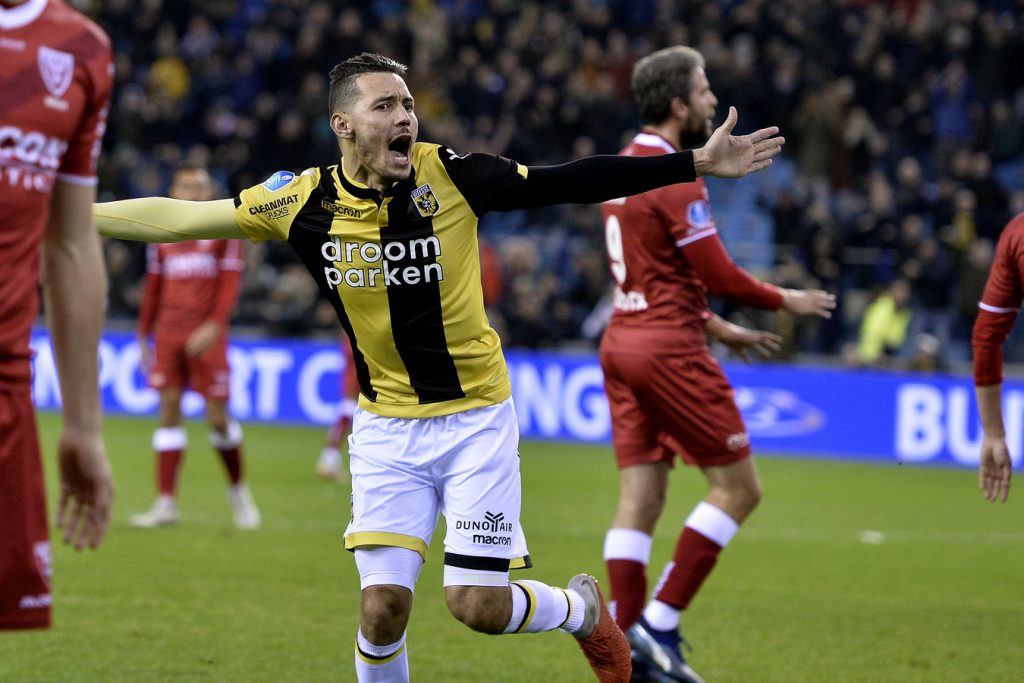 Oussama Darfalou is direct, loves to make clever runs in the channel, and is clinical in front of the goal. Give him a chance inside the box and he’ll score goals for the team all day long.

Cardiff are in dire need of attackers that can terrorise opposition defenders with their movement and link-up play. The likes of Gary Madine, Kenneth Zohore and Callum Paterson don’t offer much movement in the final third, which makes Cardiff’s attack very predictable.

Read more: Cardiff’s survival hopes would receive a massive boost if this 5ft 8in Dutch star joins them in January

Darfalou would inject dynamism and potency to Cardiff’s attack while also increasing their squad depth. He may be an entirely unknown entity in European football but the Algerian is slowly making his name in the Eredivisie. Hence, Warnock must go all out to land Darfalou in the New Year.