Reports from the Sun are suggesting that Newcastle were close to completing a deal for Nantes’ midfielder Anthony Limbombe. He joined the Ligue 1 club from Club Brugge just over 6 months ago.

Newcastle have recently been displaying improvement in terms of motivation and the willingness to play for the team. Rafa has clearly been able to get the message across to his players that things had to change quickly if they wanted top-flight football next year.

After destroying Cardiff at St.James’ Park, they went on to get an unbelievable win against title contenders Manchester City and left a major dent on their hopes of catching runaway leaders Liverpool. 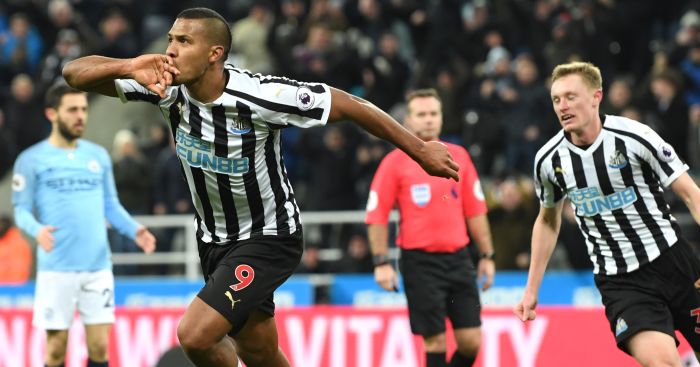 Having had less than 25% possession at the end of the game, Newcastle had to dig really deep to pull out what was a historic victory for the Magpies. They really did put Manchester City to the sword in front of the old Toon faithful at St.James’ Park.

All the players were excellent and everyone worked extra shifts that night to maintain the precious points. Christian Atsu on the left was helping out the defence but going forward, he still seems to lack Premier League quality and a new signing could’ve changed the complexion of this Magpies side.

As suggested by the Sun, Anthony Limbombe was linked with the Magpies for a potential switch to the Premier League. He joined Nantes only at the beginning of this season.

He has made 16 Ligue 1 appearances this campaign but 10 of those have come off the bench and he is yet to assist or score. He has scored one goal for the club, in the Coupe De France.

He is a pacy left winger who loves to cut in onto his right. While he is capable of finding some neat passes from that position, he tends to unleash a powerful strike that seems to travel past the defenders at the speed of sound.

He could’ve provided more to the team than Atsu and was even more likely to score goals in the Newcastle system. He also likes to get powerful crosses into the box, which would’ve suited Salomon Rondón as well.

Read More: 4 goals, 4 assists – Newcastle completing a move for this gifted Ligue 1 star would be a terrific choice

Extremely confident on the ball, his movement down the left flank would’ve been useful to Rafa in the latter stages of the season. With Kenedy’s eventual return to Chelsea imminent, a deal for the KRC Genk academy product would’ve been a good move by Benitez.