Why West Ham should sign Patrik Hrosovsky to bolster the midfield

According to a report in Spanish outlet AS, West Ham are in talks with Czech Republic side Viktoria Plzen over signing midfielder Patrik Hrosovsky. The Hammers will face competition from German side Stuttgart for the player.

The 26-year-old, who scored against Real Madrid at the Bernabeu in a Champions League game, could cost around €4.5m to join the Premier League side. He has played the most minutes in Plzen and also featured in all six group stage games in the European competition.

Hrosovsky has 21 international caps for Slovakia and hence, he possesses the experience of playing at the highest level. Here’s why West Ham should sign him before any other potential suitor comes and takes him away:

West Ham would need more depth in the midfield

The Hammers have had little luck with injuries this season. They had Manuel Lanzini out before the campaign started. Midfielders Jack Wilshere and Carlos Sanchez joined the long-term absentee list. Now, they are left with Declan Rice, Mark Noble and Pedro Obiang to pick from for the two midfield positions.

While Wilshere is expected to return soon, Sanchez will not make a comeback before April. And the former cannot be trusted to stay fit for long periods of time because of his injury-laden history. Thus, it makes sense from West Ham’s viewpoint to sign a new and experienced midfielder. 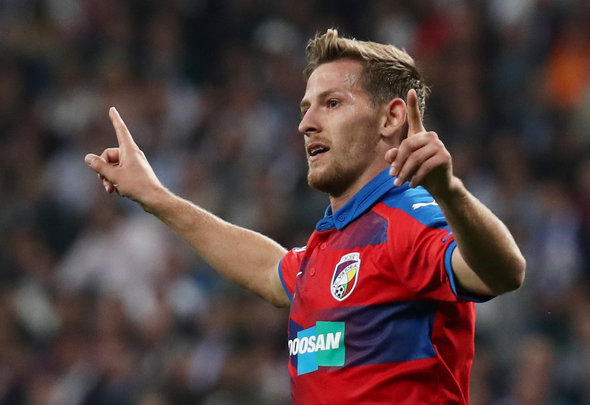 Hrosovsky looks like an ideal player for Manuel Pellegrini’s style of play. Predominantly a central midfielder, the 26-year-old is capable of playing either in defensive midfield or operate in one of the wide midfield positions. He has the experience of playing in a double pivot in a 4-2-3-1, something which is deployed at the London stadium as well.

In terms of attributes, the Slovak is an all-action player who can impact a game with and without possession. That means he has the propensity to be precise in passing and thread key passes but also never forgets to cover the right space while defending. He can also make tackles and interceptions to stop the opposition’s attacks.

The way Hrosovsky plays is slightly akin to how Noble operates alongside Rice in West Ham’s midfield. Hence, the former could be a real deal for the Hammers at a low price. It would be a win-win situation for the East London-based club as they do not have to spend a lot of money to get a quality addition to their squad.