Salif Sane has earned rave reviews for his performances in the German Bundesliga, putting in multiple solid shifts at the back for FC Schalke.

The 28-year-old Senegalese international, who was part of his nation’s squad at the World Cup in Russia, has taken his wonderful form to the UEFA Champions League as well, helping the German outfit to victories over Lokomotiv Moscow and Galatasaray.

After spending three years in the French top-flight with the likes of Bordeaux and Nancy, Sane made his move to the Bundesliga outfit Hannover back in 2013. He has been a revelation since his move to the German top-flight and has caught the eyeballs with his dominant displays in the heart of the defence.

The 28-year-old was one of the cornerstones of Hannover’s promotion-winning season in the Bundesliga 2 and helped his club stay alive in the German top-flight with his consistent performances at the back in the 2017/18 season.

Sane’s stellar performances last term were enough to prompt Bundesliga giants Schalke to sign him in the summer and he has hit the ground running this season as well. In fact, he has made a name for himself as one of the best physically-dominant centre-backs in Germany.

Standing at 6ft 5in with a towering frame, the Senegalese defensive beast is capable of stamping his authority over his offensive counterparts with his strength and aerial ability. The Senegalese international averages 3.2 aerial duels per game, which shows that he is a potent aerial threat.

Sane boasts of a decent sense of positioning and excels with his game-reading abilities as a centre-back, averaging 1.6 tackles and 2.4 interceptions per game.

Although he is not the best tackler around, he makes up for it with his anticipation, strength and aerial prowess. 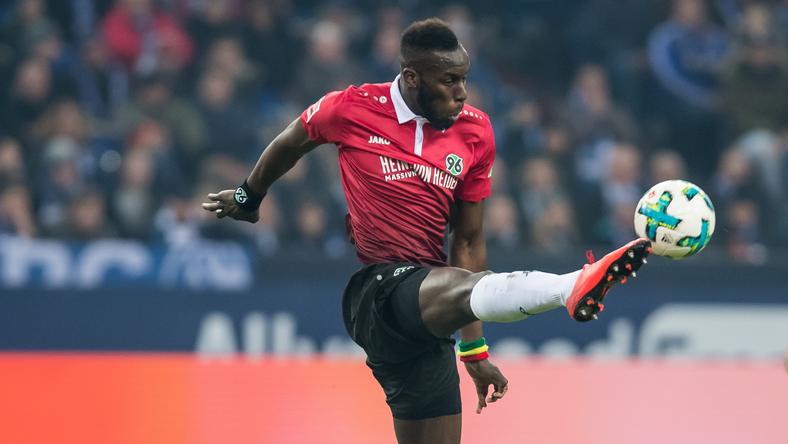 A no-nonsense defender, Sane clears the ball out of defence often, averaging 5.4 clearances per game this season. Furthermore, he is comfortable in possession and is known for his ball playing abilities, which has prompted managers to use him as a holding midfielder at times.

To put things into perspective, Salif Sane would be a perfect fit for Claude Puel’s Leicester City. The Foxes have made a lukewarm start to their Premier League campaign and sit 10th in the standings with 17 points from 12 games.

Leicester have won five of their twelve games but have succumbed to defeats on an equal number of occasions, which clearly shows that they have lacked some much-needed consistency this term.

And much of their woes this season has been down to their problems at the back. Wes Morgan, 34, has looked way off the pace and has lunged into reckless challenges, forcing the referee to send him off twice in the Premier League.

Harry Maguire, who hasn’t quite been at his very best this season, has lacked an efficient partner at the back and 33-year-old Jonny Evans has been relied upon to cover for the absence of Morgan.

Summer recruits Caglar Soyuncu and Filip Benkovic are still very young and they are not quite the finished product that the Foxes need in order to add stability to their backline. Leicester have conceded 18 goals in 13 games, which further epitomises their need for a centre-back.

Hence, Claude Puel must definitely dip into the transfer market in January to bolster his squad and Schalke’s Salif Sane ticks all the boxes to solve Leicester’s conundrum at the back.