Rafa Benitez has worked his magic yet again. Newcastle United seem to have secured safety in the Premier League for the second season in a row.

The Spaniard, despite minimal investment from owner Mike Ashley, has rallied his troops to 13th place in the league, just 4 points off 10th-placed Leicester City.

One of Benitez’s biggest assets this season has been on-loan forward, Salomon Rondon. The Venezuelan has led the line brilliantly this campaign, scoring 8 goals and providing 5 assists. However, a decision about his future is yet to be made and the Magpies should look at a replacement.

One player who can make as much of a difference is Eibar’s Sergi Enrich. The 29-year old, like Rondon, has been a talismanic figure for his side and has been involved in 9 goals this season. Although the number doesn’t make one’s jaws drop, Enrich is a bigger asset to the team than just goals and assists. The Spaniard is a clinical finisher in front of the goal and is immensely valuable for his ability to hold up the ball to let his teammates make the runs.

Enrich suffered a serious injury in the middle of last season which made him miss the second half of the term. However, his goals tally got into double figures in each of his previous three seasons for his club.

The Spaniard, despite only being 5 feet 11 inches tall, is a massive aerial threat. He possesses a giant leap and is rarely beaten in the air. Enrich is incredibly strong on the ball too and often bulldozes his way into the box. 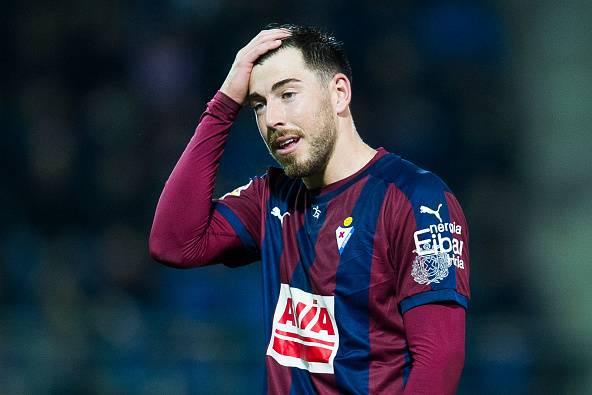 Although he is not the fastest player, Enrich possesses enough pace and acceleration to cause damage to the opposition defence. His quickness in his turns with his back to goal is quite phenomenal and has a fantastic right foot to bury balls into the back of the net.

Above all, Sergi Enrich will be out of contract in the summer. With Mike Ashley’s reluctance in investing huge amounts into the club, Enrich would be a fantastic option on a free transfer in the summer.

Sergi Enrich would be a fantastic replacement for Salomon Rondon if the Magpies fail to sign him on a permanent deal. Enrich would offer everything that Rondon does and more and would surely make a positive impact in the Premier League.

Enrich’s aerial prowess would be a brilliant addition to the Newcastle squad, especially with Matt Ritchie’s fantastic balls into the box. All in all, Enrich would thrive under Rafa Benitez and would provide at least 3 years’ service for the Toons.