Although the January transfer window has been open for twelve days, Fulham, despite needing to, are yet to add a single player to their squad. Every department needs to be addressed in the transfer window if the Cottagers are to stay in the Premier League.

Claudio Ranieri’s Fulham currently are 19th in the League table and with a negative goal difference, having struggled to find the back of the net regularly. With the January transfer window open, it allows the Italian manager a chance to reinforce his squad for the second half of the season.

For Fulham, the necessity is a central defender and a forward. They need to stop leaking goals and start scoring but it’s tough to get that at the moment, with the likes of Luciano Vietto, Andre Schurrle and Aleksandar Mitrovic struggling.

The Cottagers really need creative spark and pace to their attack and Ranieri can freshen up his squad with the signature of Standard Liege attacker Maxime Lestienne.

Maxime Lestienne, 26, joined Standard Liege from Rubin Kazan in the summer of 2018 and has managed two goals and an assist in 12 league games. The nippy wide-man has shown glimpses of his quality in the Europa League but is yet to open his account in the competition this term.

Standing at 5ft 9in, the Belgian is a speedy winger with an eye for goal. Maxime Lestienne is versatile enough to play anywhere across the midfield. He is pacy, dynamic and possesses wonderful technique, which coupled with his excellent body balance, makes it difficult for the opposition to dispossess him.

Known for his excellent movement and high work rate, Maxime Lestienne not only has the ability to impact games with his pace and crossing but he is also capable of covering every blade of grass on the pitch. Moreover, the 26-year-old Belgian is never afraid to stick his foot out when needed and drop deeper to help his team defensively. 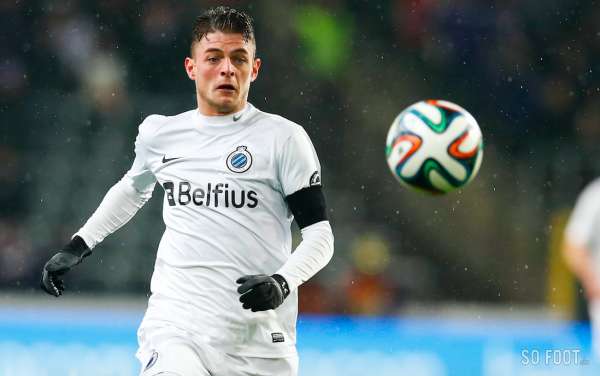 There has been an acute dearth of goal-scorers this season at the Craven Cottage, with the likes of Schurrle, Kamara and Sessegnon misfiring throughout the season.

The addition of Lestienne would not only bring some dynamism to the attack, as his ability to score goals from a variety of ranges could come handy for Ranieri’s side.

Read more: Fulham beating West Ham to sign this Brazilian veteran would be a huge step towards saving their season

With Fulham desperate to stay in the Premier League, a move for the Belgian winger makes complete sense this month.