The wide positions are clearly still an area that Rafa Benitez is looking to strengthen. He was linked with a whole host of wingers in the summer, and the North East club eventually signed Christian Atsu on loan and Matt Ritchie. But with Atsu’s long-term future uncertain at the club, and Yoan Gouffran’s contract set to expire next summer, Benitez is still exploring his options.

And one player that has clearly caught his eye is Dundalk wide player Daryl Horgan, who has impressed in the Europa league for the League of Ireland side.

“I don’t really know (about the Newcastle speculation),” said Horgan, who turned 24 in August. “To be honest with you, I try to stay out of it as much as I possibly can.

“Look, it’s very easy to say you’re interested – it’s very different to put an offer on the table and, at the minute, there are no offers on the table.

“I’m a Dundalk player, I’m very happy at Dundalk, but as I said, if an offer does come in from somewhere, I’d have to consider it – especially something like a massive club like Newcastle.”

The performance of his Dundalk team in the Europa League has been nothing short of sensational. They currently sit in second place in their group having drawn against AZ and beaten Maccabi Tel Aviv to become the first Irish team in history to secure a Europa League group stage victory. 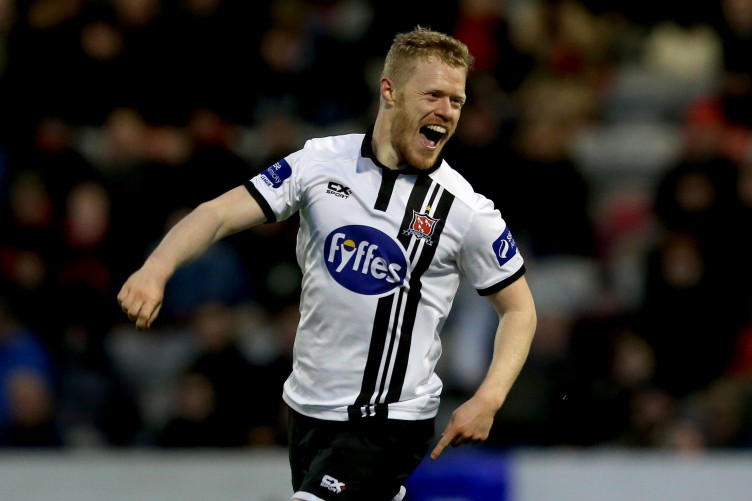 Perhaps the most impressive performances were against Zenit St Petersberg, narrowly losing 2-1 in both home and away against a team that cost millions to assemble. And in both matches they were unlucky to be defeated, having numerous chances from which they were unlucky to score. To be disappointed to lose these games is a testament to how far they have come.

And Horgan has been central to these historic performances with his wing play and has recently been called up to the full Irish international squad with pressure intensifying on Martin O’Neill to give him his full international debut.

However, Ireland assistant manager Roy Keane has offered a warning to Horgan and the other young Irish players who look to further their development in England.

“I bumped into people at the final working for English and Scottish clubs. They ask can they step up? That’s the million-dollar question. You don’t know,” said Keane. “Sometimes, there’s a big gap. It’s a big ask. The benefits of playing in Europe and their fitness levels will certainly help them if they go across.”

“Who’s to say they’re not happy and settled in Dundalk? Obviously, Richie Towell went over last year and he’s had one or two injuries and it’s not quite happened for him. So it’s not all this fantasy that you go over and everything falls into place. But I’m sure they’ll have good options,” he added.

But one thing is for sure. Such is the pressure on clubs in England to find the next big thing, they will be looking at Horgan’s Europa League performances and thinking that he is worth the gamble.