Why Leonardo Koutris would be a fantastic signing for West Ham

According to a report from Sport 24, West Ham are keen on signing Olympiakos left-back Leonardo Koutris – but only at the end of the season.

Leonardo Koutris, 23, joined Olympiakos from PAS Giannina in the summer of 2017. And the 23-year-old defender was rewarded for his impressive form by being handed his international debut late last year.

The Greek’s performances have caught the attention of West Ham, who fear that Arthur Masuaku will be looking to move at the end of the season. If Masuaku leaves, West Ham could be in the hunt for a new left-back in the summer.

Masuaku has been criticised for his defensive work this season and has lost his place to Aaron Cresswell. And as the DR Congo international’s future at the London Stadium remains uncertain, the Hammers are preparing themselves anyway.

Interest in Leonardo Koutris suggests Manuel Pellegrini is moving in the right direction. Pellegrini has managed to turn the tide in his favour after a disastrous start to the season that saw him lose the first four Premier League games. However, the unavailability of a number of their key players due to injury problems have not helped West Ham’s cause as Pellegrini has been forced to look for reinforcements.

The Hammers have faced problems in every department this season, especially in the defence. They have an exciting attacking line and a hardworking midfield but their defence has been sloppy. Hence, shoring the defence by adding Leonardo Koutris can prove to be a masterstroke for the Irons in their pursuit of a top-8 finish in the Premier League.

As far as West Ham’s left-back woes are concerned, Masuaku’s inconsistent form has seen Pellegrini recall Creswell into the starting XI. But even Cresswell has blown hot and cold this term, so perhaps that may leave the Hammers not wait until the end of the season to make a move for Koutris. 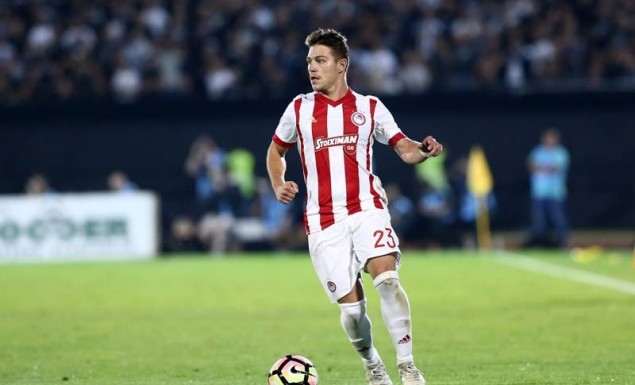 West Ham should make a move for Koutris in the January transfer window itself. The Brazil-born Greek ace has been in top form this season, earning rave reviews for his athleticism, agility and defensive diligence down the left flank.

Read more: Amidst £35m interest in Arnautovic, West Ham would be extremely wise to land this 6ft 2in giant

Acquiring Koutris would provide Pellegrini with more options at the left-back and given his experience, it could prove to be a smart move by the London club. The one-time capped Greece international has all the attributes to become West Ham’s left-back for the next 10 years.