According to a report from The Examiner, Aston Villa are interested in signing Huddersfield Town’s Dutch defender Terence Kongolo in the summer. The 25-year-old could be available this summer despite only making a permanent switch to the Terriers last summer for £17.5million.

Huddersfield had one of the worst campaigns in the Premier League last season, where the finished the campaign at the bottom after winning just three out of their 38 games.

The Terriers will once again return to the Championship replacing Aston Villa, who remarkably made it up through a win in the playoffs.

Dean Smith’s Villa went on an incredible run to finish the campaign, which helped them reach the playoffs, where they saw of West Brom and Derby County to return to the top-flight.

The Villans have a very exciting yet incredibly difficult season in the Premier League ahead of them and summer recruitments will be vital.

The Villans could lose Tyrone Mings, who has returned to parent club Bournemouth after a very successful loan spell. The versatile defender showed everyone what he is capable in his six-month spell at Villa Park but his injury record will remain a very serious concern.

The Villans will have to dive into the market to bring in a new centre-half if they fail to secure the permanent services of Mings in the summer and Terence Kongolo would be an incredible addition to bolster their defence.

The Dutchman was one of the very few positives for the Terriers in an otherwise abysmal campaign last season. Kongolo came up with a number of impressive performances but he alone couldn’t have saved his side’s fate. 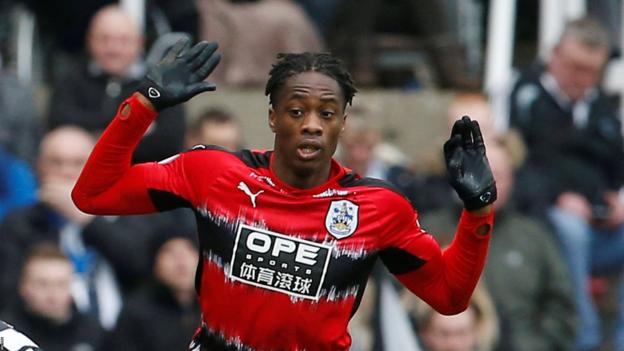 The 25-year-old has all the traits to fit into Villa’s squad next season and his full season’s experience in the Premier League will definitely help him hit the ground running. Like Mings, Kongolo is very versatile and is capable of playing both at left-back as well as in the heart of the defence.

Villa can have a brilliant left side of the defence if they manage to sign both Kongolo and Mings, with the duo both capable of playing in either position.

The Dutchman’s physicality combined with his agility makes him a perfect fit for both roles and Villa will receive a major boost in their pursuit to stay up on their return to the top-flight next season.

Terence Kongolo would be a brilliant addition for the Villans next season. The 25-year-old is reaching his peak and Dean Smith can certainly help him accelerate the process into being a top-class centre half in the very near future.