According to a report from According to The Sun on Sunday (print edition, page 59, June 9, 2019), Aston Villa are set to battle it out for the signing of Coventry City’s 20-year-old starlet Tom Bayliss in the summer.

The young midfielder has had a highly impressive season for the Sky Blues and his performances have previously attracted interest another Premier League club in Newcastle United. However, with Villa and the Irons now keen on him, it will be a fight to the finish to secure his services in the summer.

Villa are now back among the big boys, thanks to a well-deserved playoff final victory against Derby County at the end of last month. 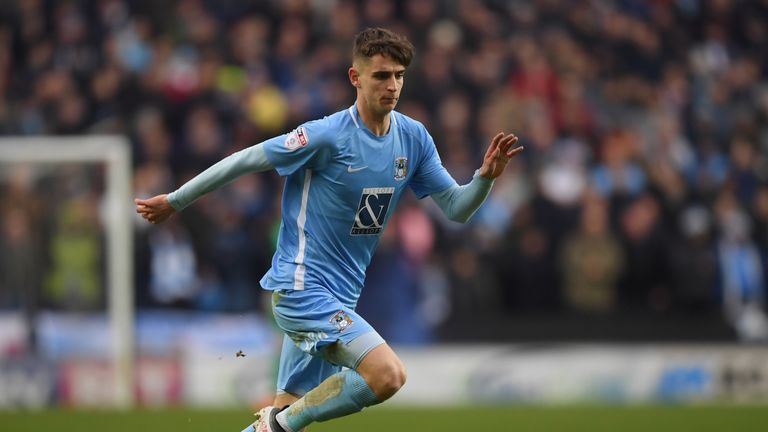 Dean Smith’s side have a lot to do in terms of strengthening his squad and the news of interest in young Tom Bayliss should come in as a breath of fresh air to Villa fans, who will have their future secured with the Coventry man in their ranks.

Villa have done wonderfully well to groom Jack Grealish into the player that he is today and Bayliss could well prove to be another gem, who would flourish at Villa Park in the coming years.

Grealish will go down as a club legend if he continues his stay with Villa for the years to come and Bayliss fits a very similar profile.

The 20-year-old was a regular for Coventry despite being so young. Bayliss missed just three games up until the start of April but was completely left out of the squad for reasons only known to the manager.

Naturally a central midfielder, Bayliss has been used higher up the pitch in a number 10 role as well as on both flanks. The youngster has his minor flaws but technically he has it all to succeed as a brilliant midfielder in the Premier League in the coming years.

Bayliss is by no means a finished product but a move to Villa will certainly help him grow and Dean Smith is exactly the type of manager who can help the youngster fulfil his incredible potential in the very near future.

Villa will be taking a step in the right direction if they can complete the signing of Tom Bayliss in the summer. His brilliant campaign in the League One is sure to make it difficult for Dean Smith to fend off fellow suitors but Villa should show their intent by completing the deal this summer.