According to a report from the Nottingham Post, Manchester City boss Pep Guardiola is prepared to let his third-choice goalkeeper Arijanet Muric leave on loan amidst heavy interest from Nottingham Forest.

The 20-year-old started in between the sticks for Kosovo against Bulgaria and the report reveals that Forest’s head goalkeeping coach Seamus McDonagh was present in the stands to scout the young Manchester City goalkeeper.

Forest have been in good hands in goal with Costel Pantilimon, who has missed just two games all season. The former Manchester City goalkeeper has kept an impressive 15 clean sheets this season but Forest will need to tighten up the area if they want to have any chance of reaching the playoff places in the near future. 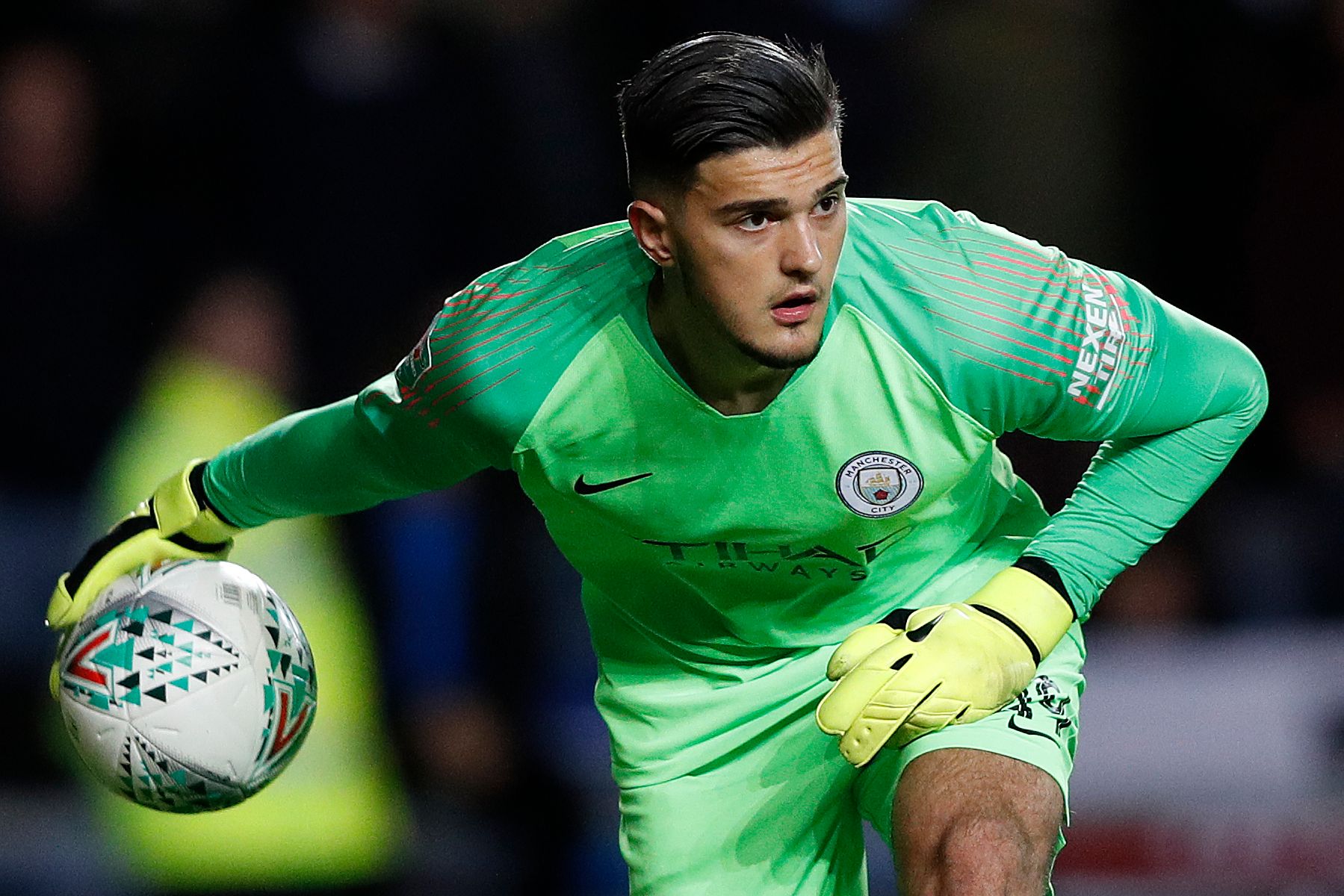 The Reds finished in a respectable ninth place this season, eight points off of sixth-placed Derby County. With minor tweaks in important areas of the squad, Forest can have a real go for a place in the top-six and bringing in Arijanet Muric could be of great help.

Pantilimon never quite fulfilled his full potential during his time at Manchester City, as he always played second fiddle to Joe Hart. The Romanian’s career has gone downhill since leaving the Cityzens back in 2014 and Muric should look to impress in his loan move rather than sticking around as a backup to Ederson and Bravo.

Muric is very highly rated as a goalkeeper and a lot is expected off of him from Manchester City in the coming years. The youngster was recalled from his loan spell mid-season after Bravo’s injury and he was kept as an understudy to City’s number one.

Muric was regularly on the bench in the Premier League but he got his chance in City’s successful League Cup campaign. The youngster played 5 games in the competition and made his name with his fantastic performance against Leicester in the penalty shootout.

The Kosova international has all the traits in him to become a world-class goalkeeper in the coming years and regular game time in the lower league will help him develop into one next season. A loan move to Forest suits all parties involved and the Reds should make their move soon.

Arijanet Muric needs regular game time at this stage of his career to develop further and Manchester City should give him that opportunity by sending him on loan this summer.

Forest is a perfect place for the 20-year-old to make a mark and he is sure to come back a better player at the end of next season if the loan deal goes through.