Rangers continued their perfect start to the season with a romping 6-1 win over 10-man Hibernian at the Ibrox.

Jermain Defoe scored his first hat-trick in Scottish football, while Alfredo Morelos scored twice and Sheyi Ojo delivered the icing on the cake for the Gers. Daryl Horgan pulled one back for the visitors.

The former England international made a great start to the game, when he remained alive to a parry from the Hibernian keeper to tuck the ball home in the ninth minute. 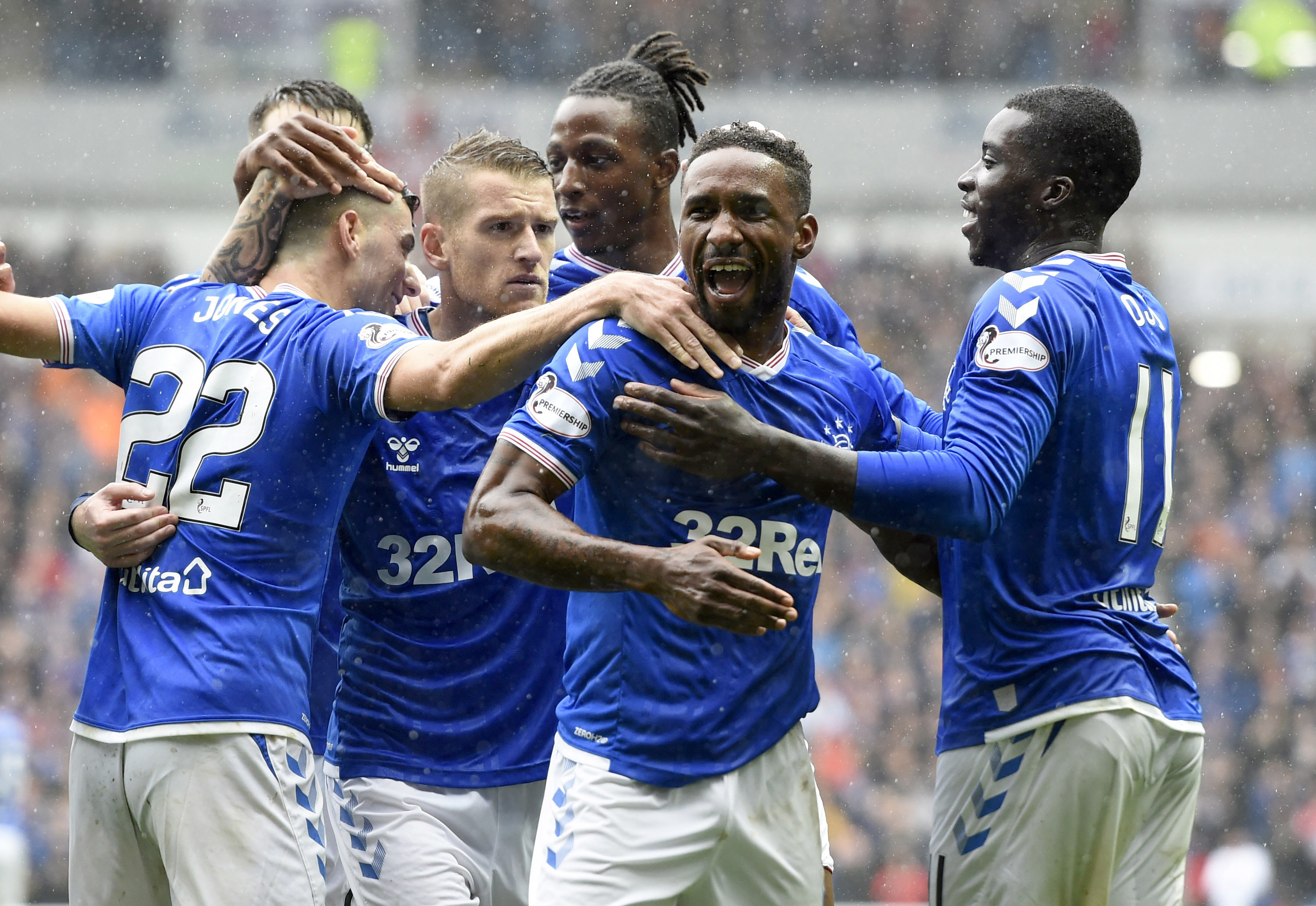 Five minutes later, he pounced on a cross at the near post from Ojo to put his side two up. Five minutes before half-time, Hibernian got a goal back when one ball caught both the Rangers centre-backs cold and allowed Horgan to score.

Things changed after the interval, starting with a second red card to Sean Mackie, who handled the ball in the 55th minute.

Nineteen minutes later, Defoe completed his hat-trick to put the game beyond doubt. He was well found by Steven Davis and the finish was typically exquisite as well.

The veteran was then replaced by Morelos, who scored twice in the 77th and 89th minute to hand manager Steven Gerrard a fresh selection headache ahead of the Europa League game on Thursday.

Ojo’s deflected finish in the injury time wrapped up a comfortable win for Rangers, who look good as of now.