According to a report from the Chronicle Live, Newcastle United are set to battle it out with Fenerbahce, Galatasaray, Sporting Lisbon and Real Betis for the signing of Guangzhou Evergrande’s Serbian midfielder Nemanja Gudelj in the summer.

The 27-year-old spent a very impressive season on loan at Sporting Lisbon last season, which has prompted the Portuguese outfit to make the deal permanent for him. However, a player of Gudelj’s quality could do very well in the Premier League and especially at Newcastle.

The Magpies finished last season in 13th place, which was a brilliant achievement considering how stubborn their board were to invest in the squad. 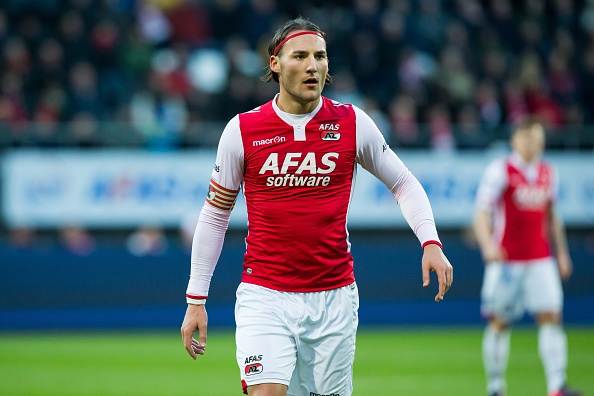 Rafa Benitez worked his magic to help the club achieve a very good finish but his future has raised all sorts of doubts over Newcastle’s ambitions next season.

The former Real Madrid and Liverpool boss is out of contract and his extension is yet to be announced. The Magpies are in the middle of a takeover and irrespective of what happens off the pitch, signing him on has to be their number one priority.

Newcastle are already set to lose Mo Diame and young Sean Longstaff has also attracted heavy interest from Manchester United and losing the quartet would be a humungous blow.

Newcastle will desperately need additions to their midfield next season and signing Nemanja Gudelj will be highly beneficial.

The Serbian is highly experienced, having played over 250 games for club and country over the years and he would be the ideal partner to Sean Longstaff if Newcastle manage to hold onto him.

Gudelj is naturally a deep-lying midfielder but his technical ability allows him to play further up the pitch. The Serbian is a rock in front of the backline and is a scary player for an opponent to try and get past.

His tackling has proven to be very good over the years and his positioning off the ball makes him a brilliant player to have. Gudelj also possesses a brilliant eye for a pass and is capable of picking out a pin-point pass to open up an entire defence.

Gudelj’s late runs into the box has often been troublesome for the opposition and his ability to occupy free space makes him a very dangerous player.

His vision is fantastic from a deeper area and this combined with his hammer of right-foot will give Newcastle a brilliant player in the centre of the park next season. Newcastle United will hugely benefit from the signing of Nemanja Gudelj in the summer.

The Serbian’s experience and the ability to provide an immense balance between attack and defence will help the Magpies go a long way in achieving their ambitions next season.