According to a report from the Mirror, Greek side Aris are keen on signing Watford’s Dutch defender Marvin Zeegelaar in the summer. The Dutchman failed to even make the squad in the first half of the season, which saw him move out on loan to Serie A side Udinese.

The Dutchman played 13 times for the Italian outfit, where his performances weren’t really bad for someone who hadn’t played a single senior game for well over six months. Zeegelaar is still under contract with the Hornets till the summer of 2021 but should Watford cash in?

Watford have had a highly impressive season under Javi Gracia under whom they registered their record tally of points this season. The Hornets also made it to the final of the FA Cup which ended in bitter disappointment but their journey to Wembley was very impressive. 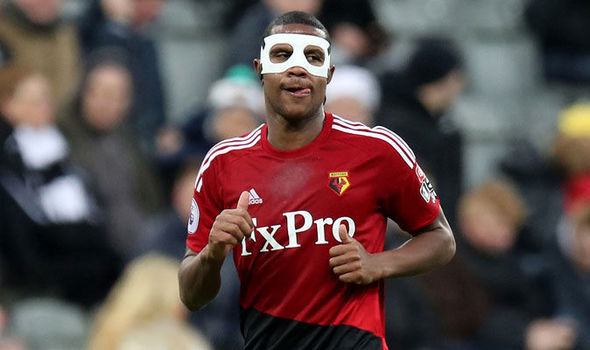 The Hornets will again look to push for a place in the top-half and preferably compete for the Europa League spot like they did for most of the campaign which was disrupted due to a terrible end to the season.

Javi Gracia needs a ton of help with his squad to make them reach their ambitions next season and the summer transfer window will be extremely crucial. One area that could prove to be an irritating problem for them is left-back.

Veteran full-back Jose Holebas has been an incredible servant at Vicarage Road for the past few years but he will turn 35 later this month. Age hasn’t really had an impact on the Greek international’s quality but at 35, he is a risk to be fully dependent on.

Adam Masina has slotted in brilliantly whenever required and he is the rightful heir to Holebas’ spot in Watford’s side. However, Masina will struggle to last the whole season if Holebas misses out, which will be catastrophic for the Hornets’ hopes for next season.

Keeping hold of Marvin Zeegelaar makes a ton of sense for Javi Gracia, especially as a backup. The 28-year-old Dutchman is highly versatile and is capable of playing higher up on the left flank and also in the heart of defence when required.

Zeegelaar would be a fantastic squad player capable of having an impact off the bench and in cup games. Watford should fend off interests from the Greek outfit this summer and use him as a versatile backup next season.

Watford have no real reason to sell Marvin Zeegelaar in the summer, especially considering Holebas’ age. The Dutch defender should be given a chance to turn his Watford career around next season and he along with Masina can fight for the role in the coming years.